Why not Germany for a side trip from England this winter? 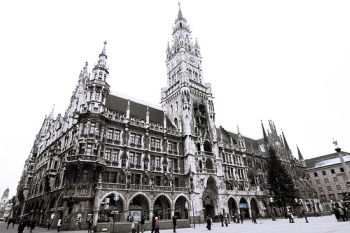 Usually during an English winter, anything you’d file under “quick getaway” would be to a warm destination – and that’s even more true this year, when snow is blanketing places that don’t typically see much of the white stuff. But just because it’s cold at home doesn’t mean the only option for a short holiday is some place warmer. In fact, one could argue (as I’m about to) that it’s the perfect time to visit another chilly climate.

I’m talking about Germany, which – technically – could qualify as heading south during the winter. If you go to southern Germany, that is.

The truth is that if you’re in the market for a budget-friendly trip to Germany, there’s no better time to schedule it than during the winter. It makes sense, because most people want to be jetting off to tropical beaches and sipping cocktails with little umbrellas in them when they’re on holiday. But that kind of trip isn’t usually easy on the wallet.

Right now, however, you can find all kinds of cheap flights to Germany from all over England. This isn’t necessarily the time of year you’d want to consider basking on the seaside in northern Germany, but cold temperatures are all the excuse you’ll need to enjoy all of the indoor entertainment in cities like Berlin and Munich. Spend more time in the museums because you’re not fighting long lines or big crowds. Linger in shops because you’re getting more personal attention from the merchants. And have another gigantic mug of beer because… Well, you probably don’t need an excuse for that.

Not only are airfare costs down at this time of year, you’ll also benefit from low-season rates on accommodation, too. Germany’s cities have plenty of hostels to choose from that help keep budget travelers coming back, but that doesn’t mean they don’t raise their rates during the summer. Visiting in the winter and staying in Berlin or Munich hostels will stretch your travel budget further than you thought it could go in Europe. And if you’re not a hostel-goer, you’ll be pleasantly surprised to find wintertime rates on hotels in even popular cities are lower as well.

No, Germany may not be the first place you’d think of as a wintertime getaway from England, but that doesn’t mean you shouldn’t go!