Which area of Los Angeles should you stay in? 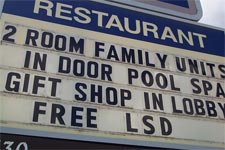 Recently a friend was planning on visiting Los Angeles from the San Francisco area, and since it was their first visit to La La Land in about 15 years I decided to help out with some suggestions. It then occurred to me that this is one of the most confusing hotel cities on the planet and I should write something about this. My friend had everything up to his OAK airport parking handled, but didn’t even know which part of the city to stay in.

Where to stay in Los Angeles if you aren’t sure

Many first time visitors book their flights to LAX, and then look for a hotel near the airport because that sounds convenient. While it is convenient, and they’ve built dozens of hotels in that area because of that, it’s actually a terrible part of town to stay in unless you have specific business in that area. There are hundreds or even thousands of hotels in Los Angeles, and unfortunately they are spread out all over.

My best tip is that if you are coming into the city for something specific, and especially if you need to spend more than one day at that thing, stay near there. In other words, if you want to go to Disneyland or something else in Anaheim for two or more days, it’s not a bad idea to stay near there. The same is true of the San Fernando Valley for Universal Studios or other attractions near there.

This is always my choice for those who can afford it, and fortunately there are quite a few discount hotels in the area, even though real estate prices are high. Santa Monica has good public transportation compared to the rest of the city, plus decent nightlife, dining, and shopping, and of course a really nice beach.

I lived for several years in Hollywood and unless you are after something very specific, it’s likely to be disappointing. If you want to attend some TV show tapings and that sort of thing, it can be fun, but don’t stay here if you want to see celebrities or things like that, because you won’t.

This area is actually getting better, after several decades of work, but it’s still quite remote from most of the tourist attractions, in spite of being “downtown.” If you aren’t going to a convention or don’t want to learn about ethnic neighborhoods, it’s probably better to stay elsewhere.

Assuming you are renting some wheels, this is another great choice. The cities of Redondo Beach, Hermosa Beach, and Manhattan Beach all have loads of small hotels in them, yet the area still feels like it’s “locals only.” There’s great food and nightlife and excellent beaches and recreation. The only trouble is it’s not too close to much else. At least it’s way nicer than Downtown.

As mentioned in the intro, there are many hotels around the airport, and unless you have some specific reason to stay near the airport, don’t.

This is a confusing city and I can’t explain it all here. But suffice to say, if you can afford it and you want a bit of glamour then staying in West Hollywood is far better than staying in the real Hollywood, and staying in Beverly Hills or Westwood is great too. There are cheap hotels just a mile or two from the city limits of the cities mentioned above, and since they are technically in Los Angeles proper they can’t charge much more.

There’s no reason to stay on the other side of the Hollywood Hills unless you have your own thing going on. Hotels are a bit cheaper on that side of the hills, and you’ll see why once you check in.

If you want to see Disneyland and some beaches even better than those in Los Angeles, consider staying in Costa Mesa or Newport Beach. You have many options of places nicer than those in Anaheim, and you are still close to Disneyland.