What to Eat in Turkey: Famous Turkish Foods

Contrary to what you might have experienced, Turkish cuisine is not spicy, unless you visit the Southern part of the country, which has a strong Middle Eastern influence. Lamb used to be the most important meat eaten, but now it’s too expensive. The eggplant remains the most popular vegetable, enjoyed in various forms.

Turks don’t eat pork, because of the religion. But you can find beef, lamb , fish and poultry in the dishes, although the vegetarian specialties are also incredible. 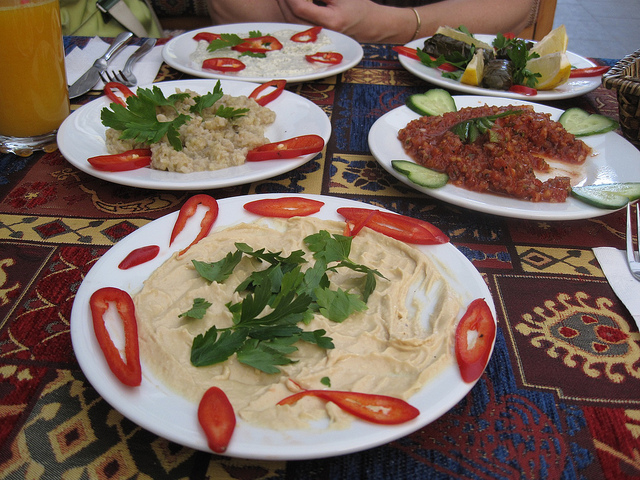 Just like their Greek “sisters”, the meze is a selection of food served as appetizers. Borek, cacik, octopus, dolma, fava, hummus and kofte are just some of the foods you’ll be able to enjoy as meze. Some of these are also served as a main meal. 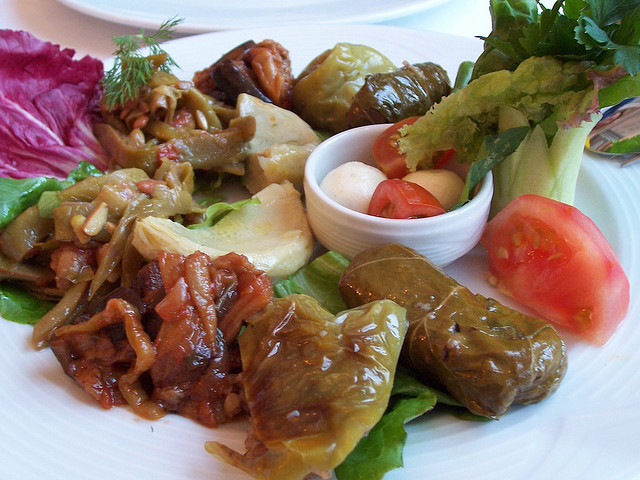 In Turkish, Dolma means “to be stuffed”. The vegetables used for dolmas are unlimited but the most popular version is the “stuffed grape leaves” or Yaprak Dolmasi . Greeks call them dolmades . 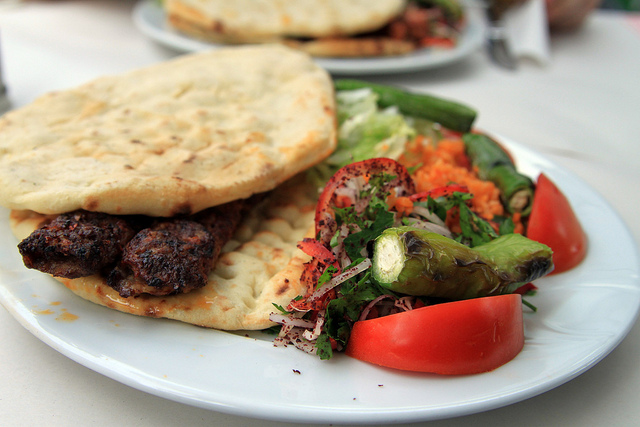 Kebap (kabob) means any kind of meat grilled alongside with vegetables. There are plenty of kebap varieties in Turkey. The most popular meat used was lamb, but now it’s been replaced with beef or poultry.

The Sis Kebap is the traditional way to grill meat, in which pieces of vegetables are added among the pieces of meat.

The Doner Kebap is made from the meat which grills on a vertical skewer.

Kofte is a kind of kebap but is made with minced meat to which seasoning is added and they resulting mixture is shaped along a skewer and grilled. But you can also call them the Turkish meatballs because they can be grilled in a meatball shape, too.

Adana Kebap is a very spicy kind of ground meat, grilled on the skewer.

These are green beans cooked with tomato (or tomato paste) and onions.

The egg plans are fried, after being filled with a mixture of minced meat, onion, tomato, garlic and parsley. 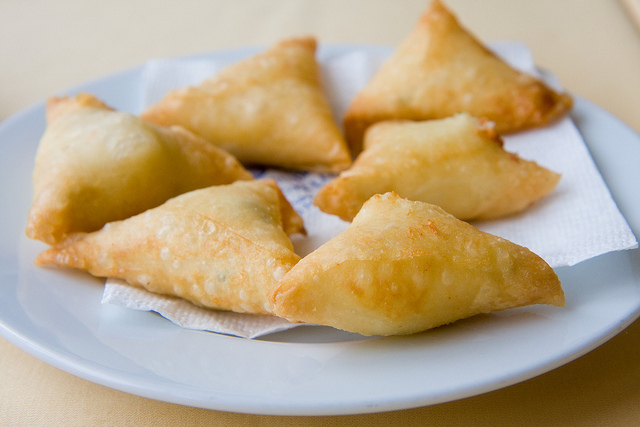 It is layers of dough (phyllo) which are filled with spinach, cheese (feta) or meats.

It is a side dish which resembles rice, but it’s cooked bulgur (which is wheat). It’s cooked with roasted onions, bell peppers , tomatoes and mint. 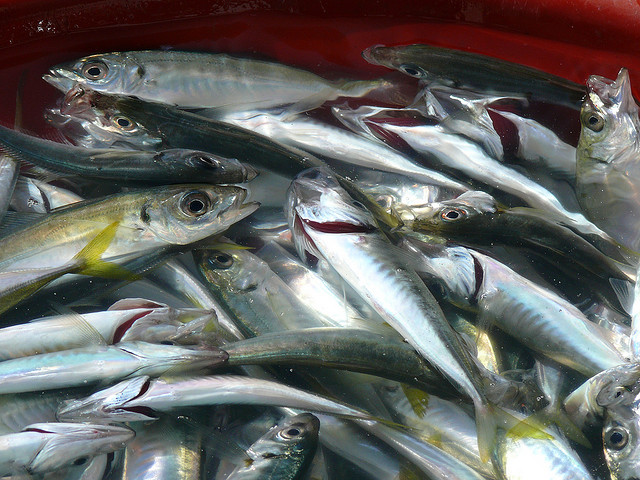 It’s probably the most popular fish eaten in Turkey and there are 50 ways to cook it.

It is the Turkish version of the Greek tzatziki . The cucumbers are also grated and mixed with yogurt , garlic and mint, but the mixture is more watery than the Greek one. 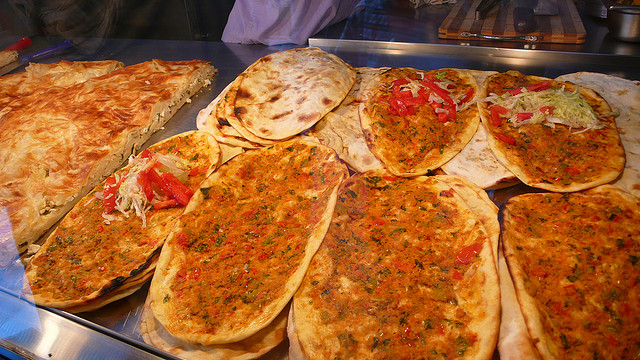 It is the “Turkish pizza”: a thin layer of dough is spread with minced meat, tomatoes , onion, parsley and red pepper. 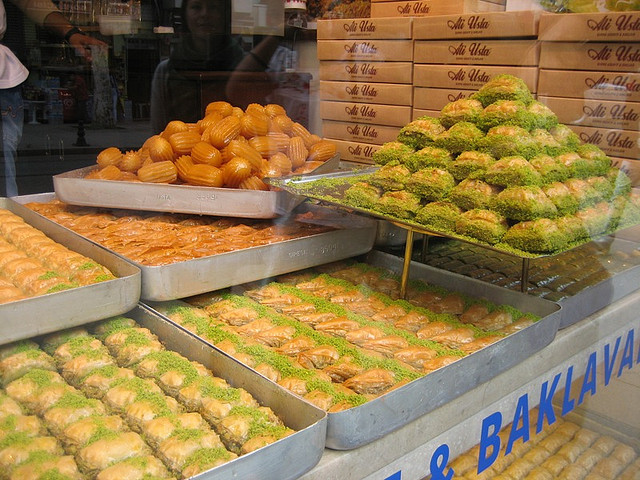 It is the most famous Turkish desert: layers of filo pastry are spread with melted butter, pistachios or walnuts, and a lot of honey. When they are baked, the baklava is soaked in a sweet fluid. You can try helva, too. 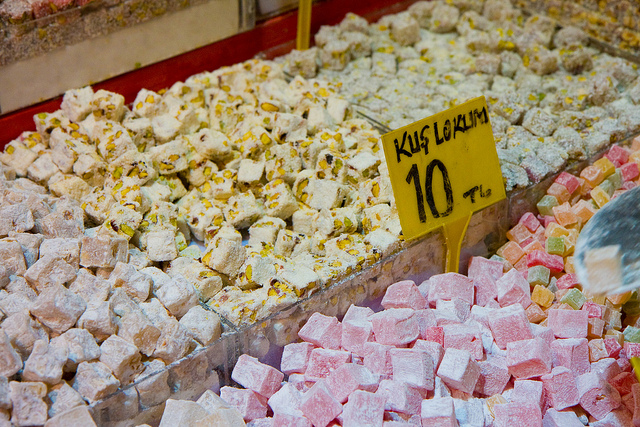 Once it was eaten to aid digestion, now it’s just a very common sweet, with a range of varieties. 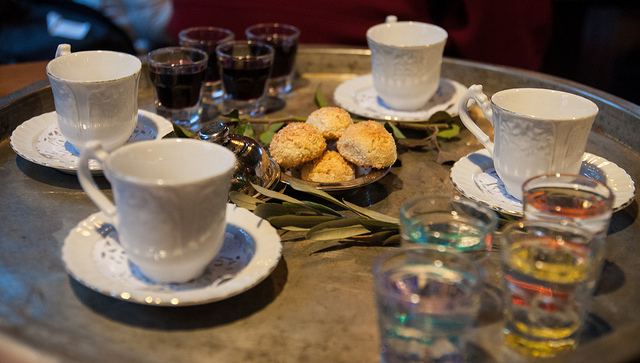 Anyone knows the Turkish coffee, a small cup which packs a punch. The grounds sit on the bottom and the coffee is served with a glass of water on the side.