What to Eat in Germany: Famous German Foods

The German cuisine has evolved through the centuries, responding to the political and cultural changes. The southern regions share many dishes and you can find similar ones across the border , in Austria, too. The Pretzels and the beer are probably the best known items belonging to the German cuisine.

The German cuisine is not exactly vegetarian friendly, although many vegetables are included in side dishes. Asparagus gets its days of fame in late spring.

Beer is considered food all over Europe (and wine is, too, by the way) so we can safely say that this is the most famous German food. The world’s oldest brewery is in Bavaria and Pils is the most popular type of beer produced in the country. 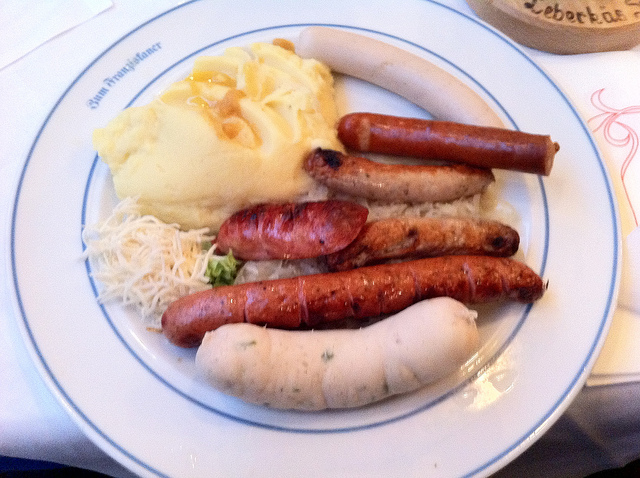 Another staple of the German cuisine is the sausage, which comes in many forms…and tastes. In the Rhine region it is flavored with raisins , while in Berlin they cook it with spices. Some of the types of sausages are: bauernwurst – the farmer’s sausage, made with pork – , blutwurst – blood sausage -, bratwurst – roast sausage made from pork meat – , weisswurst – a lighter variety, made with veal – and leberwurst – liver sausage. They are typically served with sauerkraut (sour cabbage). 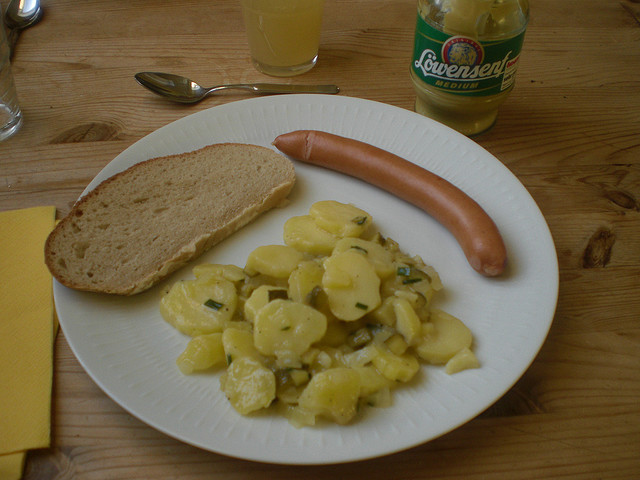 These have always been a staple of the German cuisine. In some regions, the potatoes are eaten with bacon and beans, while in other with spicy sausage and bacon. Try the Kartoffelsalat – which is a potato salad , made with olive oil and vinegar – and the Kartoffelsuppe – a soup made from cubed potatoes, onion and bacon. Potato pancakes, served with smoked salmon and cream cheese , are excellent choices if you are on the run (or plan to eat something at a fair). 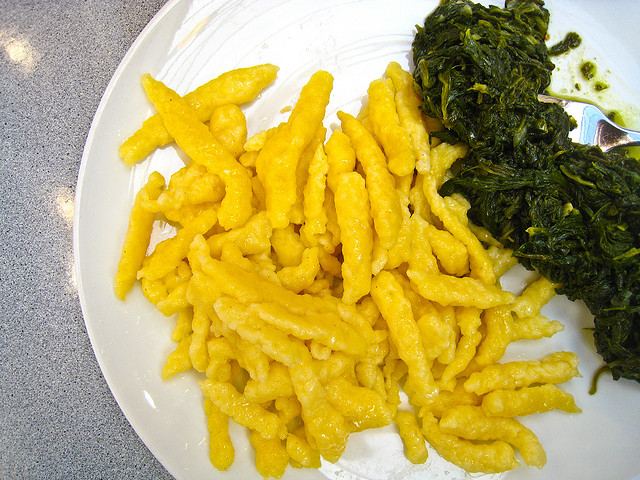 Thicker than Italian pasta, the German noodles are a very popular side dish. The Spätzle variety is used in the south-west region and contains a lot of yolk. 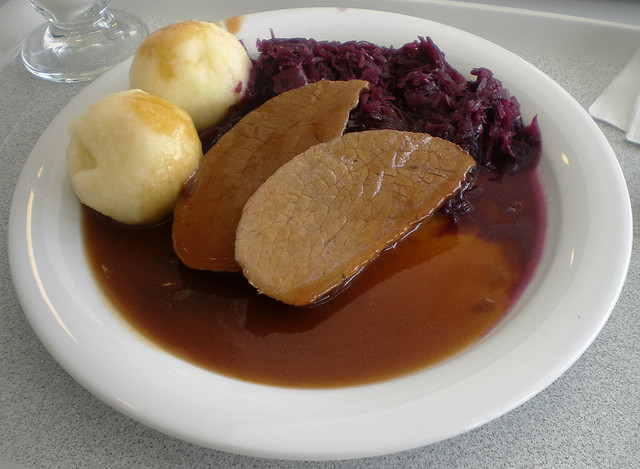 The dumplings are a side dish served with many dishes and they vary in form depending on the region. You can try the Kartoffelknödeln (potato dumplings). 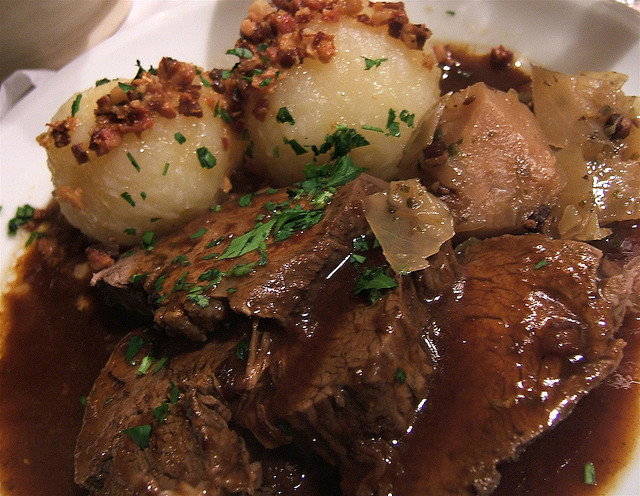 It is a pot roast, usually made with beef or pork (horse was used in the past). The meat is marinated in a mixture of vinegar, water, spices and seasonings before it’s cooked. It’s served with red cabbage, kartoffelknödeln (potato dumplings), boiled potatoes or noodles.

Pretzels and other pastries 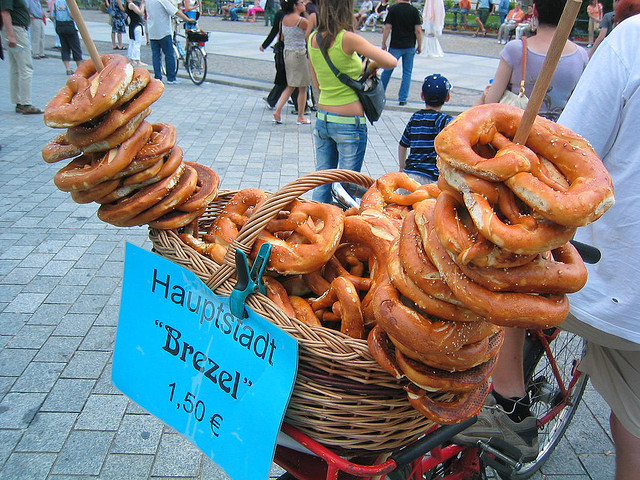 Germans love to eat bread with every meal and they enjoy various pastries, too, including soft pretzels. Pastries are usually prepared with fresh local fruits , such as plums, apples and berries. The Black Forest cake is very popular in the country. The German chocolate cake is not of German origin.

This is a traditional stew made from marinated rabbit (or hare). The meat is braised with onions and wine. The animal’s blood is added to thicken the stew. 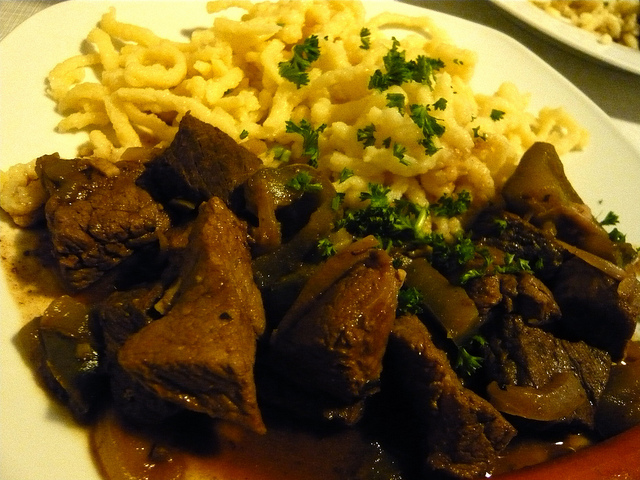 Those who visited Hungary already know about this spicy stew which can be made with pork, beef, chicken or fish. Germans make it with beef and pork , which are stewed with pepper (red or green) and served with potatoes or noodles.