What to Eat in England: Famous British Foods

British cuisine has never been regarded as a tasty or healthy cuisine. Looks like the early British people had more fun doing anything else than learning to cook. But things are improving and modern British cuisine is not that terrible. Actually, you might even like it. 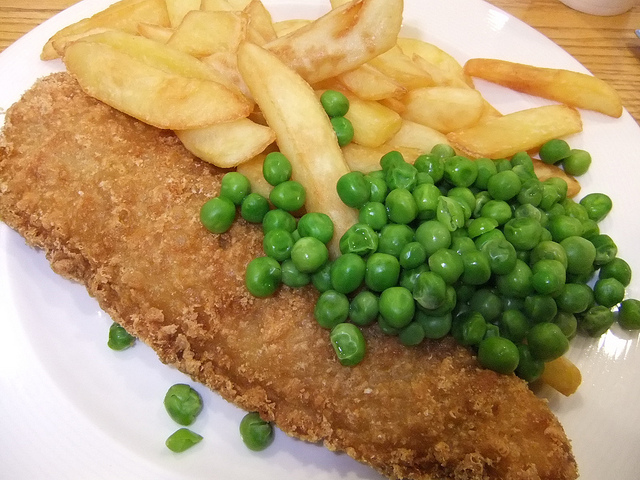 It’s the quintessential food of England, and you can find chippies all over the place. You can also get this dish in pretty much any pub. The cod is fried in better and in served with French fries (chips). Peas are also served (either normal or mashed) and you are often asked if you care for onion rings as well. The dish goes well with beer. 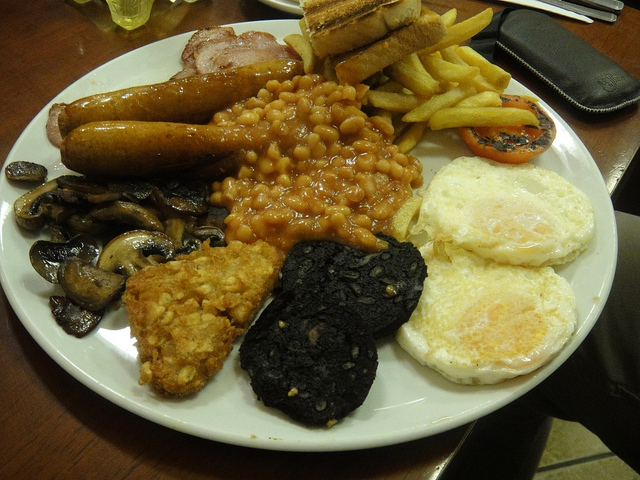 It’s terribly unhealthy but an icon of the British food. What you get on the plate includes: baked beans, black pudding, bread, eggs, bacon, sausages and mushrooms. 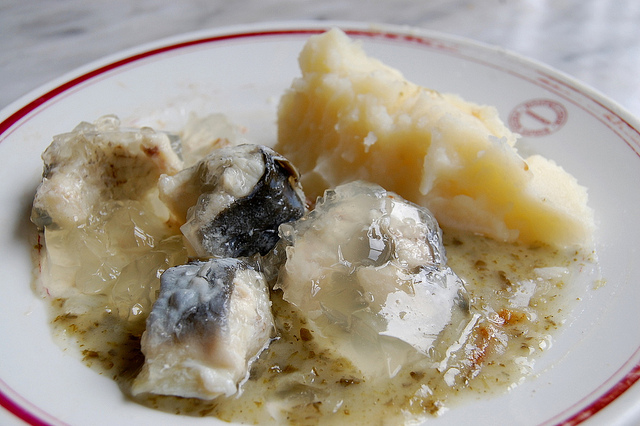 It’s a dish which requires a bit of getting used to the texture. The chunks of eels are in a clear jelly and are served with mashed potatoes and , sometimes , gravy. 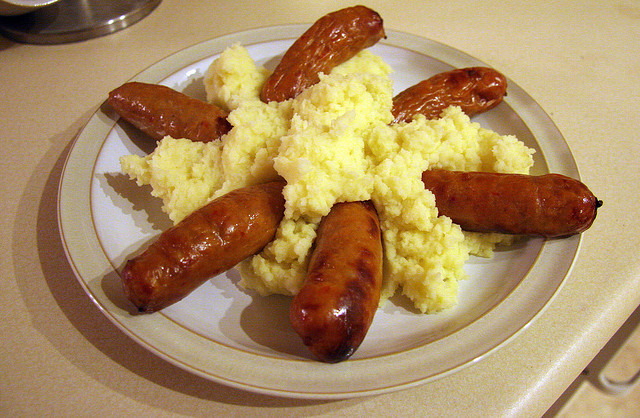 Bangers are sausages and mash is mashed potatoes. And you also might be asked if you want a side of onion rings, too.

Shepherd’s Pie is one of the most popular in this category and is made with minced lamb and vegetables, topped with mashed potatoes and baked until golden.

Cottage Pie is made the same way, but the meat used is beef.

Pork pie is made with pork meat and lard. Variations do exist and they contain either turkey or chicken meat.

Most pies are served with mash. 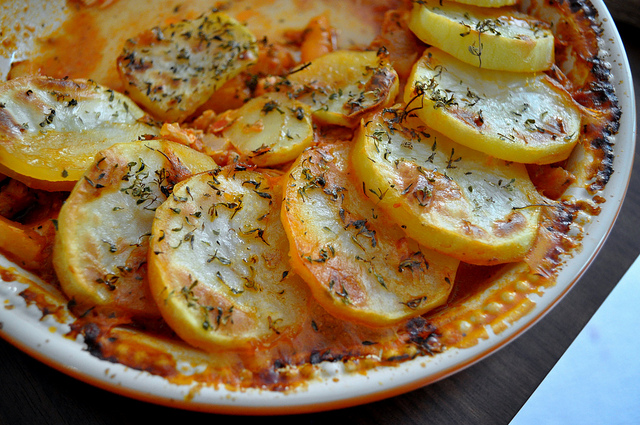 It’s a stew made from meat and vegetables. It’s slowly cooked in the oven all day and draped with sliced potatoes. 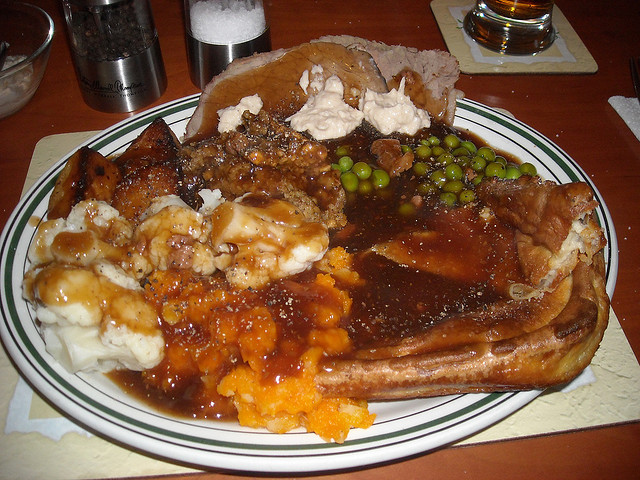 It’s a traditional meal served, you guessed it, on Sundays. It contains roast beef, served with steamed vegetables (carrots , cauliflower, etc) and roasted potatoes. Yorkshire pudding – made from a simple batter of flour , milk and eggs – is served with the meat and vegetables.

It’s not exactly lunch; it’s a piece of pungent cheese, served with crusty bread , a pickle and pickled onion. 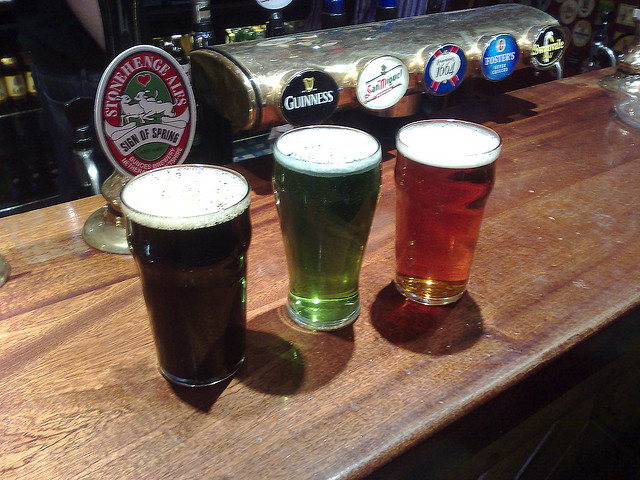 My first encounter with a London pub also lead me to having no idea what beer to order. There are so many varieties that an advice from a local is a good idea. Any type of beer goes with pub food though. Oh and English beer is known as “lager”. 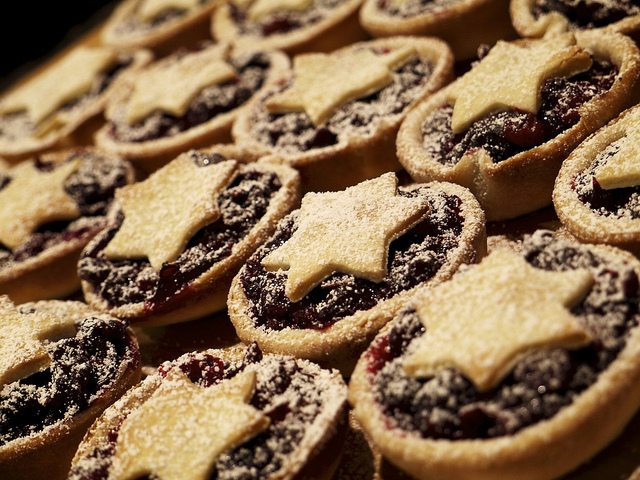 These are made for Christmas and now contain a filling of dried fruits, spices, fat and brandy (in the past, they contained minced meat). 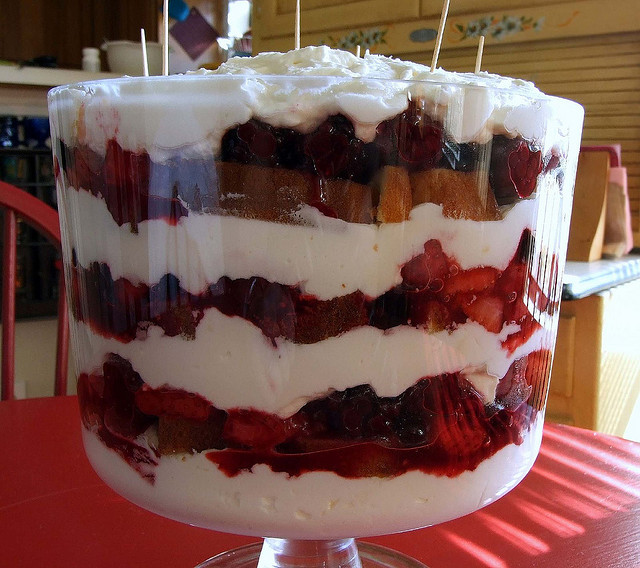 It’s a classic desert made from custard, sponge cake , fruit , fruit juice and whipped cream. The ingredients are arranged in layers.

>>also read about What to Eat in London: Famous British Foods