What to Eat and Drink in Lisbon

Portuguese cuisine is not often ranked as one of the top European cuisines, but that may soon change. While the food has typically been characterized by an abundance of fish and a wide variety of spices,such as cinnamon, saffron, and vanilla, new chefs are now putting a more modern twist on many of the country’s traditional dishes, making this an exciting time to eat in Portugal. In Lisbon, the country’s capital and most cosmopolitan city, you’ll find everything from classic French or Italian food to Spanish tapas to Indian, sushi and Thai. But if you want to try the best of the Portuguese culinary offerings in the city, here are some things to eat and drink in Lisbon. 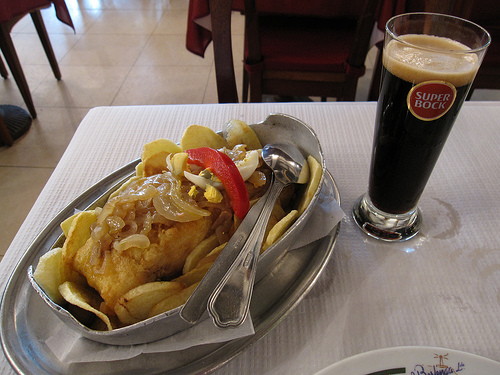 Fresh fish and shellfish is found on virtually every menu in Lisbon. Bacalhau (cod) dishes are everywhere – found grilled, broiled, poached, and in soups. At Bocca Lisboa, they  serve a particularly good “salt cod duo – fillet at 52ºC and butter-braised tongues, poached egg and violet potato foam.”  Other popular fish dishes include grilled sardines and horse mackerel, cuttlefish, grouper, turbot, or mullet. Ordering “arroz de marisco” will net you a dish of rice with various seafood including lobsters, shrimp, oysters, and crabs.

As popular as fish is in Lisbon, meat is equally prevalent, particularly pork. Portugal is well known for its Bairrada, or suckling pig, which can be found on menus all over Lisbon. You can also find pork roast with acorns or truffles, in sandwiches, in sausages like “chouriço” or “linguiça,” or cooked into stews like the “cozido à portuguesa.” Alheira, a smoked sausage made of pork, poultry meat, wheat bread and olive oil, seasoned with salt, garlic and paprika, is also very good. 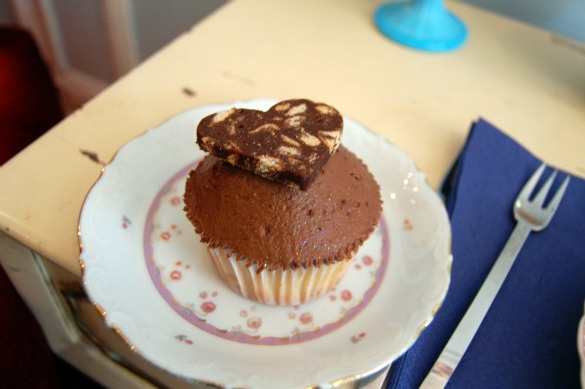 The most typical desserts in Portugal are rice pudding and caramel custard, as well as cheeses (most Portuguese recipes don’t use cheese so it is only eaten before or after the meal). And of course, the most popular pastry is the pastel de nata, a small custard tart sprinkled with cinnamon. For a chocolate treat local to Lisbon, try “chocolate salami.” Melted chocolate is mixed with crushed up cookies, and then dried and sliced so it ends up looking like a slice of salami made of chocolate and cookies. Try it topping a cupcake at Tease, a late-night shop in the Barrio Alto.

Like elsewhere in Portugal, you can find Portuguese wines, port, and beers on any restaurant menu, along with more international selections. The word for beer in Portuguese is cerveja, and the two main brands are Super Bock and Sagres, which go for 2-4 euros in more bars. You can also sample some of the country’s best wines at the ViniPortugal (located at the Ministry of Agriculture in Praça do Comerçio) which offers free wine tasting Tuesday-Saturday, between 11am and 7pm. To try some port, head to the Lisboa Solar tasting room.

Lisbon’s local drink is called ginjinha and  is a liqueur made by infusing ginja berries in aguardente, the same grape spirit used to make port. The resulting cherry brandy is served in a shot-sized portion for about 1 euro each. Cafes all over the city serve it, but for the original, head to A Ginjinha, a small storefront bar at Largo de Sao Domingos in Rossio square.Ask for it  “com ginja” (with a cherry in the glass) or “sem ginja’” for one without.

>> Read more about drinking in Portugal

Tips for dining in Lisbon