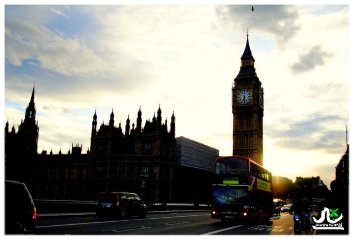 How on Earth can a vacation in London be unusual? Depends on what you consider unusual, of course! Ever since I won two free flights to London (for next spring – my choice!) I’ve been looking all over the world for something … different to do while visiting the city. Sure, I enjoy visiting the top sites and taking the cliché photos. But I also love to do something totally different or unusual.

In Budapest (Hungary) I wanted to visit the House of Terror (yes, that’s a museum!), in Sighisoara (Romania) I absolutely adored the… dungeons where the prisoners where held in Medieval times…so yes, I’m a bit of a “weird traveler” or my tastes aren’t exactly what you’d call “standard”.

Hence I started the search for unusual museums museums in London. One of them is Tate Modern which hosts a selection of twentieth- and twenty-first-century work. Want to see something totally weird (errr…unusual)? On display until May 2011 is Ai Weiwei’s recently completed “Sunflower Seeds” which comprises one hundred million porcelain seeds, weighing about 150 tons, which were handmade in China, then poured and spread to form a four-inch coating on the floor. Yeah, that’s unusual enough for me!

Don’t forget to look for travel deals to London in case you plan to visit the capital during the high travel season. And apparently, this winter isn’t exactly friendly so if you are not into freezing, I’d suggest waiting until spring.