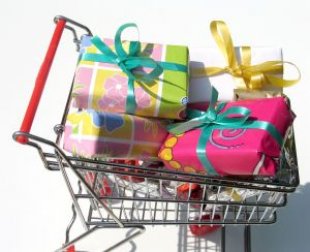 The Grove earned its place as one of LA’s most popular shopping centers by offering something for everyone. There is not only a farmer’s market full of produce and fresh made crepes, pizza and other standard farmer’s market fare, for those of you who have left your holiday shopping until today, a series of department stores, clothing stores for men and women, electronics and book stores.

And the selection does not end there. There is a museum celebrating the movie industry with artifacts from television and film productions that have firmly embedded themselves in our culture and seasonal decorations that demonstrate a fervent commitment to holidays.

The Grove is also home to one of the most advanced movie theaters in Hollywood, where the seats are large and plush and the picture is crisp and the tickets are expensive. Because of the quality of the showings, The Grove Theater attracts a dedicated type of moviegoer and those moviegoers in turn attract pre-release movies where directors, producers and actors gauge audience reactions. Ever see that a movie is on “limited release,” which means that it’s only playing in New York and LA? It’s a good bet that it’s playing at The Grove.

The mall offers concierge services that go above and beyond your usual expectations for services at a mall. The Grove Concierge was named the #1 concierge in the nation by the Wall Street Journal and their assistance delivering packages, procuring event tickets, making restaurant reservations and loaning strollers, wheelchairs and designer umbrellas to their patrons has them positioned to stay at that ranking.

The concierge service is so comprehensive, it will book you through your trip to Los Angeles through partnerships with the city’s top hotels. The Grove claims you will receive special rates as well as VIP treatment by booking your trip through their service at such prestigious places as Chateau Marmont and the Beverly Hills Hotel.