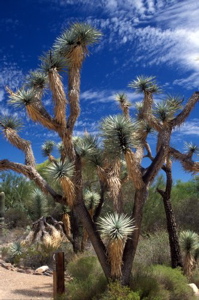 The Southwest Museum in Los Angeles is home to over a quarter million American Indian artifacts and works of art. It was one of the most impressive collections of Native American pieces assembled in this part of the world and because of limited room, the museum could only display about 5,000 pieces.

This meant that at any given time, about 98% of the museum’s collection was in storage. But no longer. The Southwest Museum is going to be renovated and restored to a level that will give curators much more flexibility and option in their display selection and increase the usable space in the museum significantly.

Unfortunately, this will also force the museum to relocate from its neighborhood location on the top of tight-knit Mt. Washington, to the expanded campus in Griffith Park.

Previous problems with the building itself led to problems with leaking roofs during rain, flooding, electrical problems and an infestation of what the museum’s website calls “vermin.”

The plan is to have the Southwest Museum up and running again by 2009, in a new building with updated seismic technology, display capabilities and technology. Meanwhile, work will continue on the old building, which is scheduled for completion in 2010. The Southwest Museum will then become some other type of cultural building, as was stipulated in the donor’s will. Until then, the Museum store will be open on weekends and events and programs will be open to the public and put on around the year. The Southwest Museum website has information on the restoration, remodel and move to the new location.

Museum exhibits are now closed to the public until the collection is moved to another location. The Southwest Museum had a deal with a location in Griffith Park called “The Museum of the American West” that allowed for admission to both for $12.00, but that deal has been discontinued since the Southwest Museum closed.

The new location of the Southwest Museum is undecided, although the plan is that it will be part of the expansion in Griffith Park. This is a map to the old location on Mt. Washington, which will become another cultural interpretive center.