San Diego is a worthwhile alternative to Los Angeles 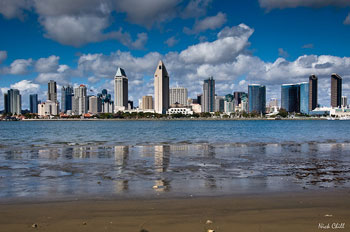 This site focuses on Los Angeles and one day we might start one specifically for San Diego, but for now we’ll discuss a bit about San Diego right here. That city near the Mexico border tends to be forgotten by most Angelenos, so it’s easy to forget that for many people it’s actually a more appealing destination than Los Angeles itself.

Not long ago we covered the various methods for getting between Los Angeles and San Diego, but we haven’t discussed much about people who’d prefer to skip LA completely. I know from living in the Phoenix area for 5 years that San Diego vacations are actually preferred among people from Arizona, so I’m sure the same is true for many people from other places as well.

Getting to San Diego

If you are coming from another part of the US then it should be simple enough to find cheap flights to San Diego. All the major airlines, including most of the discount carriers, fly directly to San Diego so fares are competitive. If you are coming from a city where a direct set of flights seems more expensive than you’d think, it’s not a bad idea to check flights into LAX as well.

You are going to need a car in either city and you can rent them just as cheaply in LA (and often cheaper) than San Diego, so you might save $100 on a flight in exchange for 2.5 hours driving down the coast in a rental car each way. Once you get into Orange County the drive itself is quite nice as well.

Where to stay in San Diego

You have two main choices here, but both of them are pretty broad. The hotels in San Diego are scattered throughout the area, and generally you’ll be looking at either a business-type hotel in the downtown area, or one of the many family-type hotels near a beach. The good news about these beach hotels is that there are literally many hundreds of them so prices are more reasonable than you might imagine.

Where I recommend that people stay

I prefer the area they call North County. The beaches near the city center are nice, but the area around them is so crowded that it doesn’t really feel like a resort community at all. But if you stay just 10 miles or so north of downtown San Diego, you’ll feel like you are in vacationland, in a good way.

I recommend Solana Beach if you can find a place there, or Del Mar or Encinitas are nice too. One word of warning though about Del Mar and Solana Beach. There is a popular horse racing track in Del Mar (called Del Mar) and from late July through mid September they have a popular race meeting and all hotels get more expensive and tend to be more full. If you can come before or after that you’ll find lower prices and smaller crowds.