Post-Breakup Vacation Destinations: What about Croatia? 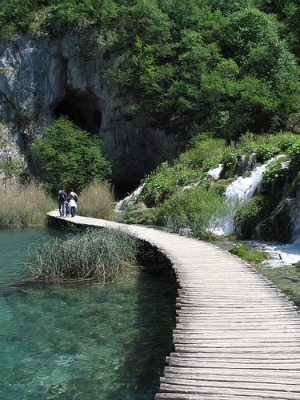 Of the many things that inspire people to pack a bag and get out of town, breaking up with a long-time love is definitely among the major reasons. When the choices are to wallow in self-pity or get into unfamiliar surroundings to take your mind off of things, travelers often choose the latter. But are some places better destinations for the broken-hearted than others?

There’s no stopping the recently-de-coupled from going to Paris or Venice or Hawaii, and there’s a chance they could have a fantastic time. There’s also a distinct possibility that being surrounded on all sides by honeymooners, second-honeymooners, and just random couples taking advantage of their romantic surroundings to get all smoochy in public might not be the right vibe if you’re trying to forget that you’re suddenly solo.

For a destination with equally gorgeous scenery that happens to (for the moment, anyway) rest way down the honeymoon-destination ladder, may we humbly submit Croatia for your post-breakup holiday?

If you’re going to need to get used to living on a single income, picking a place that won’t cost a fortune is a good idea to begin with – and in Croatia, you’ll get many of the perks of Western Europe without the high Western European prices. Airfare to Croatia may be a little higher than airfare into Frankfurt or Paris or other major European hubs, but once you’re in the country you’ll pay far less for similar views, meals, and hotel rooms than you would in the coastal towns of Italy or France.

There are plenty of opportunities to simply relax and soak up the sun in Croatia, but if you want to be active it’s a great destination for that, too. Going for hikes through the country’s glorious national parks can help you keep your mind focused on the right-now rather than wafting back into a melancholy past.

And should you want to be shaken out of your reverie, it isn’t hard to find people to chat with, either. Croatia may not be on the top-10 list of countries visited by American tourists, but it’s well-known as a vacation spot by people all over Europe, so if you’re up for a conversation there will be people around to chat with. You may have better luck finding friendly travelers in the more popular cities and towns – it may be easier to meet people in Dubrovnik, for instance, than a smaller town inland from the coast – but there are friendly people everywhere.

Croatia may not heal your broken heart completely, but if it takes your mind off your troubles for a little while to help you get past the worst of it, that’s a pretty good deal.