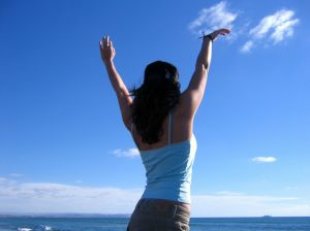 Some call Porec a resort town, but the truth is, there are only a few places to stay within the little town of 12,000. Most of the tourism takes place in the outlying areas, where travelers find places to stay in the rooms for rent among the villagers and spend the nights in the quiet countryside.

Porec sits on the western coast of the Istrian peninsula, far enough north that it escapes the summer heat that descends on the rest of the Dalmatian coast. Porec instead receives cooler summer weather that makes for easy days and pleasant nights all summer long.

Porec is also one of the few Croatian towns that receives winter tourism. Travelers from Italy, Slovenia and Austria come through Porec to tour the natural scenery and to experience the local coastal vibe. Porec used to be part of Italy, the language is still spoken there and much of the signage is still in Italian. Porec, however, is part of Croatia and not yet on the Euro monetary system. To vacation there is cheaper than going over to Italy, so Porec attracts some of the travelers from Europe on weekend trips away from home or vacationers on a tight budget.

Porec is also an easy destination if you just want to jump into Croatia on your way to somewhere else. It’s closeness to rail lines and transport centers that connect with the rest of Europe make it an easy stop for those just passing through and want to get a feel for Croatia or say that they were there.

If you’re stay in Porec is limited by time, the one thing you must see is the Euphrasian Basilica. Named a UNESCO World Heritage sight, the basilica contains unparalleled Byzantine artwork and mosaics for travelers to marvel at. Most of the mosaics are over 1,500 years old and there is evidence of a construction of a similar Basilica on the same land before this one was finished in the 4th century. That ancient building is no longer standing, but it is still quite a rush to think that thousands of years ago, someone stood right where you stand and appreciated works of art tin exactly the same way.