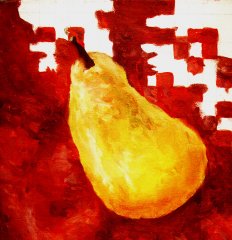 In addition to the unique paintings the museum displays, the Norton Simon displays some remarkable statues from South Asia, tapestries and a lake built in to the museum garden.

The Norton Simon Museum has gone through several names in its history. The Pasadena Art Institute became the Pasadena Art Museum, which became the Norton Simon Museum. Along with its name the building has evolved over the last few decades. The architect Frank Gehry redesigned the museum so that it had had more display space, an increased capacity for temporary exhibits and a floor solely devoted to Asian art.

The Norton Simon Museum is located at 411 W. Colorado Boulevard, near Old-Town district in Pasadena. The Museum is on the Tournament of Roses Rose Parade route and during television broadcasts of the parade the building’s exterior can be seen.

Adults are charged $8.00 for admission to the museum and seniors $4.00. Students with ID, museum members and anyone younger than 19 get in free. The Acoustiguide Audio Tour costs $3.00 for use during your tour of the museum.

The Norton Simon is closed on Tuesdays, but open from noon to 6:00 p.m. the rest of the week. On Fridays the museum stays open until 9:00 p.m. and from 6:00 to 9:00 on the first Friday of every month admission is free.