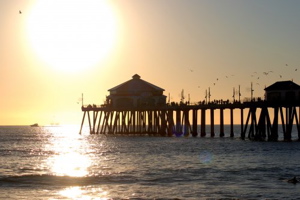 Newport Beach is a city at the heart of Orange County with much more personality than the narrow focus of reality shows or teen soap operas have given it in the eyes of the rest of the world.

The main attraction in Newport Beach, as the name suggests, is the beach. The picturesque coast brings tourists in from around the city and the beach is one of the most popular with body boarders and surfers as well. The famous Wedge, a challenging set of waves that break right off the Balboa peninsula, attract surfers and athletes to play in the curling waves.

Newport Beach’s annexation of Balboa Island has added a quaint strip of throw back stores to the repertoire of shops and activities available in the city. Although not convenient to much of the rest of the area, Balboa island is one of Newport’s most popular attractions.

On the way, you might check out the Balboa fun-zone, which has amusement park rides, including a Ferris Wheel for kids and adults and games for everyone.

Newport beach as a region excels in bringing California fantasies to life. The palm trees, the beaches, sunsets and oceans all seem to be an exaggeration of the perception of the California beach culture. Although it is not the epitome of what the region has to offer in terms of culture or amusement, that may not be what you’re looking for on your vacation. As a place to relax, shop and reside in luxury, Newport Beach is among the best.