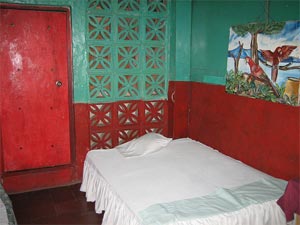 As someone who has been traveling on a low budget for more years than I care to admit, I can tell you of one great trend in the hostel community that has become more clear every year: More and more hostels are adding private rooms to their menu of choices. The total number of hostels around the world seems to be expanding greatly in the last decade or so, and many of the newer ones have few, if any, of the large dorms rooms that the principle of hostelling was built upon in the first place.

We recently spoke to a friend of ours who runs one of the hostels here in Portland, Oregon, and he told us he was adding more private rooms himself, to an already large hostel. He admitted that the private rooms don’t bring in as much profit per square foot as the dorm rooms do, but they bring in another group of travelers, many of whom would never consider sleeping in a room with 7 strangers.

And that’s the part I can totally relate to. I love to travel on the cheap because it allows me to travel more often, but I’ve never been a fan of sleeping with people I’ve never met, along with the bonus of possibly being woken up an hour after I get to sleep by another mysterious and new roommate. I’ve always been a light sleeper, so I’d probably be better off trying to sleep standing up in a phone booth than with a random group of snorers (or worse).

I think the trend toward private rooms in hostels might be related to the hostel movement finally being big enough that its next generation is booking many of these rooms. In other words, many people who traveled around Europe (or elsewhere) in the 80s or 90s remember having a great time and saving money staying at hostels, but they’ve got a bit more cash now and they aren’t all anxious to relive the dorm-room part of hostelling.

Private rooms in hostels are almost always a bit cheaper than 1-star hotels in the same area, and they still have most of the positive social aspects that you can never get at a hotel. Meeting other travelers is still quite easy for people staying in a private room, and friendships might even be easier to maintain if your new pal isn’t crushing your toiletry bag while trying to find their way in the dark.

I’ve done a lot of solo travel, so the small and single private rooms in hostels have always been popular with me, but I know most of those same places have rooms for pairs, couples, or even groups of 3 or 4. Of course, those huge dorm rooms are still out there, but now we have more choices than ever if we aren’t interested in finding out the strange nocturnal habits of people who happen to be as strapped for cash as we are.