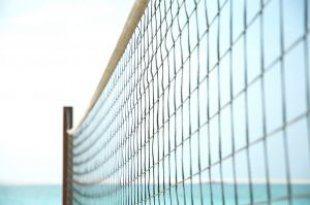 The city of Manhattan Beach is a beach community close to the downtown area of Los Angeles and LAX. Named for New York’s Manhattan island, the city is one of the most desirable places to live in the city and home to many notable residents. Athletes especially seem to gravitate toward Manhattan Beach. The point guards for several NBA teams have houses in Manhattan Beach, as well as Michael Olowokandi, the Boston Celtics center, Olympic figure skater Michelle Kwan, soccer player Landon Donovan and baseball player Nomar Garciaparra.

Manhattan Beach began in the late 19th century when several ranches were purchased and combined into one mega-sized plot of land that is now the 10.2 square mile city.

It is not terribly surprising that so many athletes would gravitate toward the city. The beach attracts athletes of all levels to roller blade or bike along the paved path that runs up and down the entire length of Los Angeles’ beaches as well as a large number of surfers, beach volleyball players and joggers who want to exercise on the sand itself.

Manhattan Beach is actually the de facto home of beach volleyball and the epicenter of the pro beach volleyball circuit. Although the sport was technically invented in nearby Santa Monica, the scene volleyball scene is nowhere better than Manhattan Beach. Numerous nets and courts are set up each day for public use and pick up games are easy to come by.

Pros describe the Beach volleyball tournament at Manhattan Beach as the best that the circuit has to offer and because many grew up playing on the sandy courts at Huntington and Manhattan Beach, they games are often the most competitive at this tournament. The national television audience and high prize money probably doesn’t hurt either.

Manhattan Beach can fill up on the weekends and parking can be hard to find. There are a few parking garages sprinkled throughout the city, but be sure to bring quarters to feed the meter and be sure to head back to your car promptly. Parking enforcement comes through swiftly and writes hefty tickets if they get to your car.

Money Magazine ranked Manhattan Beach the fourth most expensive city to live in in America in 2005 and Forbes ranked the Manhattan Beach ZIP code 90266 the 29th most expensive in the nation that same year. Houses typically sell for millions of dollars depending on the proximity to the beach and as sets of family size houses are torn down and replaced by beachfront mansions, the prices have continued to climb.