It’s Time to Get Back to England 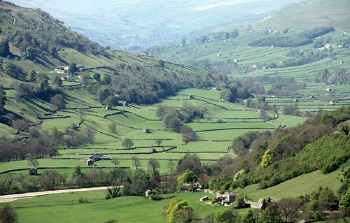 Once upon a time I knew nothing more about soccer – or football, if you prefer – than players weren’t allowed to handle the ball. These days things are different. Even though it’s still not English football that I watch most of the time, however, it’s English football team names that jumped out at me the other day when I looked at a map of the country.

Zooming in on Sheffield to remind myself where it is in relation to York, I immediately saw Blackburn, Blackpool, Wigan, Bolton, Hull, Scunthorpe – and of course Manchester and Liverpool. The more I looked at the map of England, the more it looked like a big list of English football clubs. And that’s when it hit me – it’s been far too long since I’ve been to England.

Now, as much as I’d like to travel to the Champions League final (no matter who’s playing, but also – let’s be frank – to see Lionel Messi), I know that’s not going to happen this year. Flights to London Heathrow are routinely too expensive from my West Coast home, and I haven’t planned far enough in advance to combine one of the cheap fares from NY-London with some of the cheap flights to New York that occasionally come up for my local airport.

Not only that, I’m quite certain that all the budget hotels in London have been booked solid for ages in anticipation of a great Champions League final – and hotels near Heathrow are nowhere near close enough to the city or Wembley to make them reasonable options.

While I’d like to get back to England during the football season and catch a few games, the more important piece of business is catching up with old friends. The fact that my first thought when seeing Nottingham on the map was of Nottingham Forest and not the friends I made when I studied in that city is enough evidence to me that it’s time for a return trip.