Itinerary for 10 Days in Peru

The Incas could never have predicted that hundreds of years after their disappearance Peru would become one of the most visited destinations in all of South America. The diversity of activities you can experience in Peru will leave you more breathless than the altitude change you’ll feel upon arriving to its vibrant city of Cuzco, which was once the capital of the Inca Empire. From desert sands and miles of coastline beaches, to lush green virgin rainforest, and the crowning glory of Machu Picchu, Peru has something for everyone to experience.

You could probably stay in Peru for 6 months and tackle all of the hiking trails, live among the local tribes in its Amazonian rainforests, or surf and eat your way slowly from north to south and back again. If you’ve only got 10 days to explore, this itinerary can help you decide what to see on this trip, and although many variations are possible, I’ve picked locations that can best help you get an understanding of the culture and history. 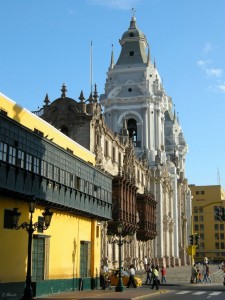 Admire Lima’s historic center, which was declared a UNESCO World Heritage Site. You can stroll through the Plaza Mayor, which is surrounded by 5 important buildings: the Government Palace, the Cathedral, the Archbishop´s Palace, the Municipal Palace, and the Palace of Lima. Lima is the 5th largest city in Latin America, and besides being Peru’s capital, some of its buildings from the colonial era still stand, a feature of these buildings being their prominent balconies, which adorn the lively and bustling area.

Walk over to the San Francisco Monastery, famous for its catacombs where over 250,000 bones rest. Also worth a visit is the Museo Banco Central de Reserva del Peru, housed inside a bank. Showcasing fascinating Folk Art, a separate Art Gallery, and inside its vault- a brilliant gold exhibition making for a dramatic display. 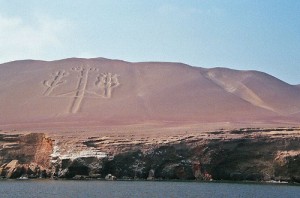 Only 3 hours by bus from Lima, Paracas is easily reachable by early morning. Kick off from the nearby Pisco airport on a flight over the Nazca lines, which were built between 500 BC and 500 AD. The Nazca Lines are another World Heritage Site and have been studied for half a century, and yet they continue to baffle researchers. Many scientists believe the lines had some astronomical function for the Nazca civilization. During the sometimes stomach-churning flight, which takes about an hour, you can see famous glyphs such as the condor, the hummingbird, and the monkey etched into the mountainside. Be sure to bring your camera and have only a light snack beforehand! 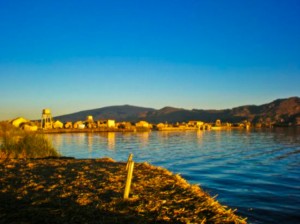 The capital of folkloric Peru, Puno lies at the foot of the world’s largest commercially navigable lake, Lake Titicaca. This lake, 12, 500 feet high in the Andes, is home to a population of people who live on some of the artificial islands, created by floating reeds. The exact number of islands changes as they are made and remade by hand and, after a period of time, abandoned. Each island is inhabited by islanders who either work in Puno (generally those who live on the islands close to the shore), live in relative isolation (those far from the shoreline), or who use tourism as their main source of income and allow travelers to visit during the day or spend the night.

Most of them speak Quechua, a language native to Peru and neighboring Bolivia. Amantani & Taquile islands are the most popular to visit, where you’ll get a chance to learn about the local customs and take a ride on a reed boat. The handcrafts of Puno are some the best in Peru and the sunsets on the lake are spectacular. If you’re lucky you can dress up in typical clothing, which is something you’ll get to do when you spend the night on Amantani Island and experience the hospitality of a local family who will host you, give you a home cooked dinner and possibly a dance show in the evening, lit up by candles. 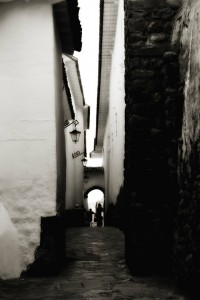 Cusco is a gem, a gorgeous city flanked on all sides by mountains stretching as far as the eye can see. Walking among its ancient cobblestone streets you might think you’ve stepped back in time. Once the capital of the Inca Empire, its population has exploded and it’s now the most visited city in Peru. Tourists flock here by the millions, and it’s easy to see why. Dozens of ruins are spread out among the hillsides, most notably the ones to visit are Saqsayhuaman (which can be reached by a short hike-mostly uphill from the city center), Tipon (with its water terraces), and Moray (with its unusual agricultural terraces).

Scope out the local art scene in the barrio (neighborhood) of San Blas, where the number of art galleries outnumber its coffee shops. Sit on a bench in the famous Plaza de Armas and breathe it all in, which might be a bit difficult while you get used to the high altitude. Have a cup of coca tea, which works wonders for altitude sickness at any of the 2nd floor restaurants in the Plaza de Armas for a better view, especially at night. When you’ve recovered, walk along the Avenida el Sol to the temple of Qorikancha and its Church and Convent of Santo Domingo. On your second night, gear up for your train ride to Aguas Calientes, the gateway to Machu Picchu. 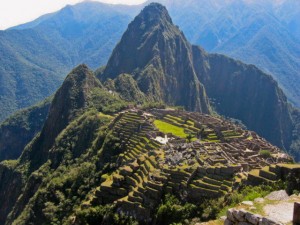 Wake up at 3am for breakfast before you join other travelers making the line for the bus (first one up leaves at 5am) that will take you up to visit the stunning ruins of Machu Picchu. The bus ride takes about 30 minutes or the more adventurous can walk up the winding road till the top. Take the whole day to wander around the exquisite ruins, saying hello to the Llamas that wander freely amongst the grounds, eat some lunch on a grassy viewpoint, or make the early morning line to climb Huayna Picchu (if you don’t easily get vertigo!)

You could spend days properly exploring so make sure you get there early enough to be on one of the first buses going up the mountainside. Witnessing Machu Picchu at sunrise is an experience you’ll never forget. 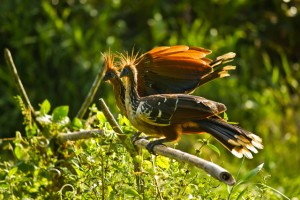 The southeastern city of Puerto Maldonado is a perfect beginning to a trek deep in the Amazon jungle. The protected nature reserve of Tambopata Reserve is a unique place to spend a few days unwinding and observing one of the greatest eco systems on the planet. The diversity and amount of species here is mind blowing: thousands of butterflies, hundreds of birds and amphibians, reptiles, mammals and so on. Hopefully you’ve charged your camera batteries so you can get out and photograph the beauty that lives here. Protected reserves like this are rare because of logging/deforestation in the surrounding areas so you have a better chance of seeing species that might not be found anywhere else in the rainforest. Head there between June and October and you can stay overnight in a primitive campsite, or splurge in more luxurious jungle surroundings. 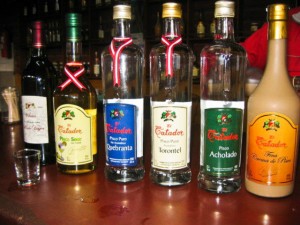 After the last 9 days of adventure, take a little day trip to the city of Pisco and discover more about the brandy of the same name which is produced in this particular region of Peru. Watch a local guide show you exactly how the Pisco is produced at a local farm and cap off your incredible time in Peru by having a tasting of all the different types of Pisco.

photos by the author (and may not be used without permission) – except the photo of the Cathedral and Archbishop’s Palace in Lima, by David Baggins, and the Nazca Lines, by Bruno Girin