Going to Gallipoli for Anzac Day 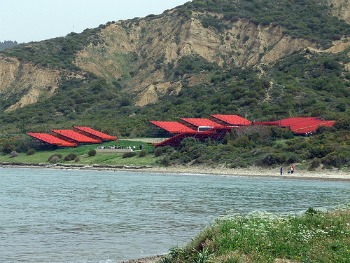 While Anzac Day is a national holiday in the two countries that give the holiday its name – Australia and New Zealand – those are by no means the only places to mark the holiday itself. In fact, traveling to Gallipoli, Turkey is one of the best ways to spend Anzac Day.

Each year at what’s now called Anzac Cove in Gallipoli, there are dawn services held in an amphitheatre overlooking the water to honor the soldiers who died during the fighting at Gallipoli in World War I.

Anzac Day, which falls on April 25th each year, happens to be a good time of year to visit Turkey in general, but the number of people who plan trips to Turkey specifically to be there for Anzac Day isn’t insignificant. There are quite a few vacation packages aimed primarily at Australians and New Zealanders who would make the trip to Gallipoli for April 25th, but there’s no reason you need to be from either of those countries in order to mark the holiday. These packages sometimes offer great Anzac Day travel deals, but it’s always worth breaking down a package trip into its individual components so you can see whether booking them separately would result in more savings overall.

The two biggest components of any travel package are usually the airfare and the accommodation. There may be additional things a tour company has thrown in for good measure – transportation to and from the airport or the Anzac Day services, day tours to other major sights – but since your flight and your lodging are generally the most expensive parts of a trip, it makes sense to pay special attention to the cost of those items.

After you’ve done your homework looking for cheap airfare to Turkey and hotels in Turkey, you’ll have a better idea of whether the package tour you’re considering will save you money or not.