Getting from Munich to Venice 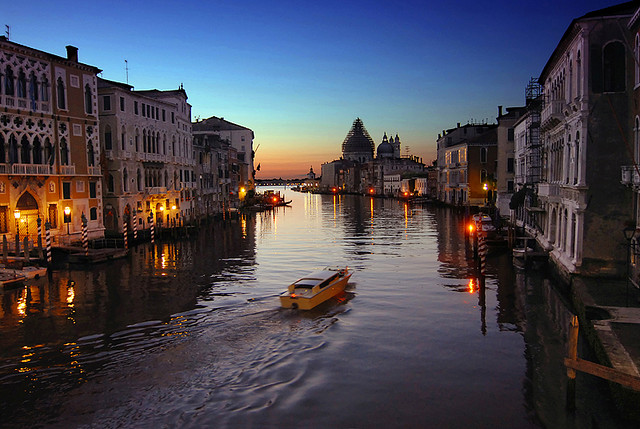 Venice is a one-of-a-kind city but it’s also a very controversial one: you can either love it from the first minute or hate it just as fast. There are plenty of things to do in Venice and none has to be very touristy or part you with a lot of money.

Munich is a major travel hub in Germany and is particularly a good idea if you plan to take the train to explore more of Europe.

With no buses linking Munich to Venice and the connecting flights starting close to €150 one way , the cheapest alternative remains the train. Book in advance and you’ll pay about €60 one way and if you travel by day also get rewarded with stunning views along the way.

Flights from Munich to Venice

There are two airports to use when flying into Venice, but the one handling flights to/from Munich is Venice Marco Polo Airport (VCE). It is located 8 km from the city and is hub for Air One, Alitalia CityLiner and Volotea. The airport mostly receives seasonal flights.

Even during the shoulder season in mid-September 2012, expect to pay from € 450 for a direct flight, one way and from €147 one way for a connecting flight via Dusseldorf on Air Berlin. Unfortunately , the fares don’t go down during the low season, either. In fact, you can pretty much consider flying into Venice an expensive affair, no matter when you plan to travel.

Read more about
>>Airfare to Venice
>>Cheap flights to Munich

Trains from Munich to Venice

A very scenic way to get between Munich and Venice is by train. Bahn.de lists all the connections between the two cities.

Please note that the fares depend on how far in advance you purchase the ticket and which train you choose. Rail passes can be used on these trains.

Driving from Munich to Venice

Both Germany and Italy are part of EU and the Schenghen area, which means you won’t be paying surcharges for taking the rental car across the border. However, do make sure you ask the rental company if you may cross borders in the car.