Getting from Oslo to Stockholm 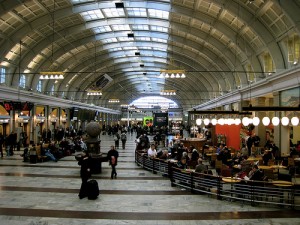 Many travelers choose to visit the capitals of the Scandinavian countries during a single trip. That’s means, they fly into one of the major airports – typically the one which the cheapest fares offered – and then travel between the countries by land.

Oslo is the capital and the largest city in Norway. It’s known as the most expensive city in the world to love in (and visit). So saving some money while visiting is something everybody is looking to do. There are a lot of interesting buildings to visit while here and when you decide the city has offered enough, you can always plan a walk in the forest.

Stockholm is the capital of Sweden, a very picturesque town located on 14 islands. There are a lot of things to do here, such as visiting museums, spending time in nature or exploring the shopping opportunities.

The buses are the cheapest way – from €25.50 one way – to get between Oslo and Stockholm, but pay attention to companies (some are more expensive than trains!). Trains aren’t very expensive either but the fares depend on how far in advance you purchase the ticket (you can easily get away with fares from €36 one way). If you fly outside the high season , it’s possible to find cheap flights – from €39 one way – but you also need to add the cost of transfer to/from the airport.

Oslo is served by three airports, but the flights to/from Stockholm are operated only from Gardermoen Airport (OSL). This is the main airport serving Norway’s capital and is the second busiest in Scandinavia. It is located 35km from the capital, to which it’s connected by express train, regular train and buses. The airport is hub for many airlines, including: Scandinavian Airlines, Norwegian Air Shuttle, Thomas Cook Airlines Scandinavia and TUIfly Nordic.

Stockholm is served by four airports, but only two of them handle flights to/from Oslo:

By mid-October 2012, it’s much cheaper to fly into Bromma. Single fares start at €39 on Flybe, while return flights start at €81 (fly in/out of Bromma).

Trains from Oslo to Stockholm

SJ – the largest Swedish train operator – offers two direct trains per day between Oslo and Stockholm. The trains depart Oslo at 7:25 a.m. and 3:49 p.m. daily and the single non-refundable fare is 325 SEK / €36. On the way back catch the first train from Oslo at 8:25 a.m. and the last at 12:21 p.m. The single non-refundable fare starts at 213 SEK / €23.70 but it does depend on how much in advance you purchase the ticket. The travel time is between 5h 40 min and 6 h 7 min. Connecting trains (with a change along the way) are also available but not worth it.

Buses from Oslo to Stockholm

Driving from Oslo to Stockholm

You can rent a car and drive the 523 km between the two cities. Although Norway is not part of the European Union, both Norway and Sweden are part of the Schengen area, so taking a rental car across the border should imply paying surcharges. However, make sure to ask the rental company whether you are allowed to cross the border.

The travel time is about 6 ½ h and the route has tolls.