Getting from Copenhagen to Stockholm 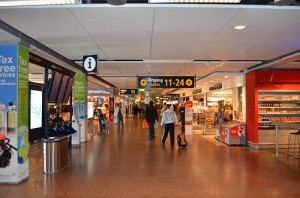 Copenhagen is the capital of Denmark , known for the good shopping, excellent nightlife an interesting sights.

Stockholm is the capital of Sweden, a city which spreads on 14 islands, offering history, nightlife and nature.

Many travelers choose to visit all of the Scandinavian countries during a single vacation, so traveling between their capitals is usually the easiest and cheapest way to tackle the transportation.

When you plan to travel between Copenhagen and Stockholm, the bus is the cheapest option but takes at least 10 h. The airplane ticket is cheaper (as listed on line) but you need to take into account the booking fees (which depend on the method of payment) and the money paid to get to/from the airport. Overall, the flight might be just as expensive as taking the slower train, which has the advantage of leaving you right in the city center.

Flights from Copenhagen to Stockholm

Stockholm is served by four airports, but only 2 of them handle flights to/from Copenhagen:

Trains from Copenhagen to Stockholm 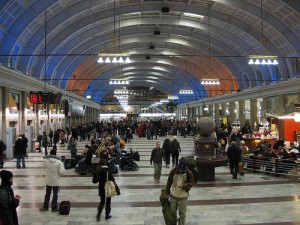 SJ – the main train operator in Sweden – operates high-speed trains and regular trains from Copenhagen (Danish: Köbenhavn) to Stockholm Central. There are two direct high speed trains per day (11:37 a.m. and 2:29 p.m.) as well as 4 slower trains which require a stop in Malmo.

Buses from Copenhagen to Stockholm

There are two companies which operate direct buses between the two capitals:

Driving from Copenhagen to Stockholm

You can rent a car and drive between the two capitals without any problems. Both countries are members of the EU and Schengen so you won’t pay any surcharges for crossing the border. However, do ask the rental company if you are allowed to cross the border with the rental car.

The shortest route is on E4. The 658 km can be tackled in about 7 hours (of course, it depends on the traffic).