Getting from San Francisco to Santa Barbara (and return) 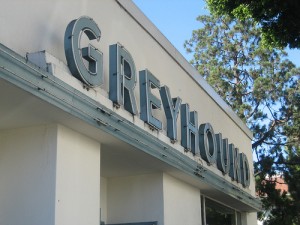 San Francisco is an important city in California, famous for architecture, scenic beauty and the cultural and ethnic diversity. The Golden Gate is a landmark recognized all over the world.

Santa Barbara is perfect for a day trip from Los Angeles , but is also an excellent side trip for those visiting the entire state of California. It is well known for its beaches, shopping options and wineries.

The cheapest option for traveling between San Francisco and Santa Barbara is by bus. Single fares start at $57.15* and the journey takes about 9 h.

There isn’t a direct rail link between the two cities, so you need to go via Oakland (for the shortest route) and travel by bus and then by train. The fare is almost double than the bus fare.

Flights are excluded as option as there is only one carrier operating on the route and the fares are very high.

San Francisco International (SFO) is one of the largest airports in the world and handles both international and domestic travel.

Santa Barbara is served by Santa Barbara Municipal Airport (SBA), which handles about 30 daily flights to/from US cities. Flights from San Francisco are operated only by United Express. The flight time is 1h 20 min.

Trains and buses from San Francisco to Santa Barbara

Amtrack offers connections for only part of the route between the two cities, as San Francisco is not served by a train station. So you need to take the bus and the train to travel from San Francisco to Santa Barbara.

There are two possible routes to choose from:

The bus leaves San Francisco at 7 a.m. The layover time is 25 min

The bus leaves San Francisco at 8:45 a.m. The layover time in Emeryville is 10 min.

The train leaves Emeryville at 10:15 a.m. The layover time in Bakersfield is 9 min.

Greyhound operates three direct buses per day between San Francisco and Santa Barbara. The travel time is between 8 h 40 min and 9 h 5 min. The web only single adult fare is $57.15.

The buses leave San Francisco at: 5:20 a.m., 10:30 a.m. and 9 p.m. The only direct bus leaves Santa Barbara at 8:55 a.m. and takes 9 h 20 min to get to San Francisco. Three other indirect buses (via Oakland and San Jose, respectively) leave during the day. Regardless of the route chose, the same fares as above apply.

You can rent a car and drive the 337 miles between San Francisco and Santa Barbara on US-101 S. You should be able to cover the distance in 5 h 45 min but do make sure to plan some stops along the way.

Note: *at the time the article was written