Getting from Munich to Salzburg 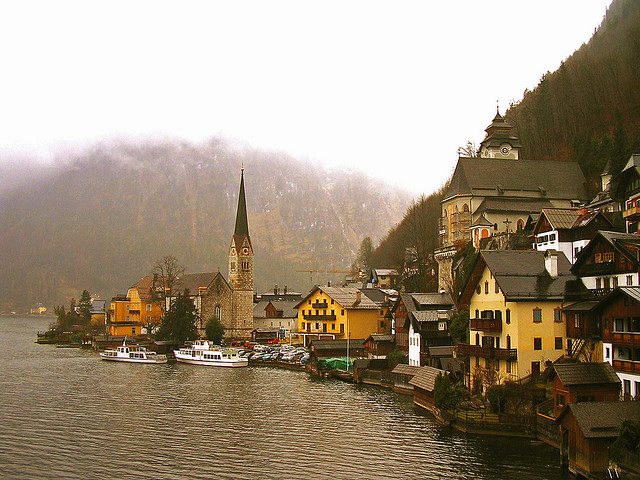 Salzburg , Austria reminds almost everyone about the movie The Sound of Music. Actually, it’s quite tempting to burst into singing Do,Re,Mi when you visit the castle, but there’s more to this lovely city than just a movie. Salzburg is the birthplace of Mozart and , aside from visiting the castle, you can also visit the fortress and many museums.

Although you can easily spend a week in the city, many travelers decide to visit Salzburg as a day trip from Munich. If you don’t plan to take the tour bus, here’s how to get between the two cities on your own.

Given the short distance between the two cities – only 145 km – there is no reason to even think about flying. So, you are left with taking the train, the bus or driving. With buses connecting only the Munich Airport to Salzburg, you are left to traveling by train, unless you plan to drive a rental car. Make sure to book the tickets in advance to get the cheapest possible option.

Trains from Munich to Salzburg

Bahn.de lists two connections per hour, daily, between Munich and Salzburg. The travel time is between 1 ½ h and 2 h, depending on the type of train. The single savings fare starts at €19. The standard fare starts at €64.

Buses from Munich to Salzburg

It’s highly unlikely to take a bus between the two cities. The reason is that there’s only a shuttle bus connecting Munich Airport to Salzburg, but the price is higher than the train ticket. Plus, if you are in central Munich already, there’s no point to travel to the airport to catch the shuttle bus.

Driving from Munich to Salzburg

Both Germany and Austria are part of the European Union and the Schengen Area, which means you won’t be paying surcharges for taking the rental car across the border. However, you need to ask the rental company if you are allowed to do that.

On A8, the travel distance between the two cities is 145 km , which can be tackled in about 1 ½ h. Please note that the route has tolls