Getting from Buenos Aires to Patagonia 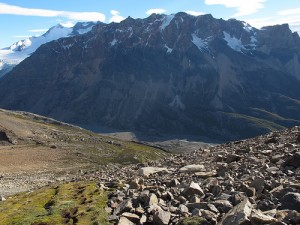 The most important cities in Patagonia are:

There are two easy ways for the travelers to get to Patagonia: via Buenos Aires , the capital of Argentina, or via Santiago de Chile, the capital of Chile. And most likely you’ll be traveling either to Bariloche or Ushuaia and then connect to other places in the area.

The cheapest way to travel between the capital of Buenos Aires and Patagonia is the bus. However, the traveling times are long. It’s cheaper to fly into Ushuaia than into Bariloche but make sure to book your flight in advance.

Getting from Buenos Aires to Bariloche

During the low season (mid-May 2012) expect to pay from US$314 one way on LAN, while a return flight will set you back from US$610. The same prices are valid for early during the high season, too.

There are quite a lot of companies operating between the two cities. The travel time is between 20 h and 21 h and single fares start at AR$ 614 / US$140. Via Bariloche and Andesmar are just two options for your trip.

The distance between the two cities is 1570 km (shortest route on RN 5) and you can cover it in about 18 ½ h. Of course, considering the distance, if you plan to rent a car, then you should plan this as a road trip rather than traveling from one point to another.

Getting from Buenos Aires to Ushuaia

Ushuaia International Airport (USH) is a small airport serving the city and offering direct flights to Buenos Aires (Aeroparque). The flights are operated by Aerolíneas Argentinas and LAN Argentina.

During the low season (mid-May 2012) expect to pay from US$289 one way on Aerolíneas Argentinas, while a RT flight starts at US$579. By mid-September expect to find slightly cheaper flights (from US$246 one way) on LAN.

There are no direct buses between Buenos Aires and Ushuaia. You can connect through Rio Gallegos. Andesmar, El Pinguino and Via Bariloche offer buses from Buenos Aires to Rio Gallegos and the single fare starts at AR$ 804 / US$183. The travel time is between 35 h and 38 h 40 min.

From Rio Gallegos it’s another 12 h trip and the single fares start at AR$ 110 / US$25. Just show up at the bus station and ask for tickets.