Getting from Copenhagen to Malmo 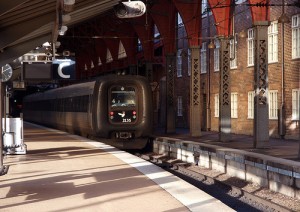 Copenhagen is the capital of Denmark and although it’s served by an important international airport, if you fly from certain European destinations it’s cheaper to fly into Malmo and then travel to Copenhagen by land. If you plan to visit Copenhagen, don’t miss its museums and the palaces.

Malmo is the third largest city in Sweden , easily explored by bicycle. Visit the three squares – Gustav Adolf, Big and Little – which are located in the heart of the city , and don’t miss Malmöhus Castle, either.

You can either visit Copenhagen as a day trip from Malmo, or the other way around, depending on where you prefer to set your base.

Considering the short distance between the two cities, it’s not necessary to fly. In fact, many fly into Malmo if they want to visit Copenhagen, because it’s possible to find cheaper flights from certain European destinations. The cheapest way to get between Copenhagen and Malmo is by bus, with fares starting at €5.50 one way. Trains aren’t very expensive either, as fares start at €12 one way.

Trains from Copenhagen to Malmo

Buses from Copenhagen to Malmo

The following bus companies operate buses between the two cities:

Driving from Copenhagen to Malmo

You can rent a car and drive the 46 km between Copenhagen and Malmo on E20. Both countries are part of the European Union and the Schengen area, so you won’t be paying any surcharges. But it’s best to ask the rental company if you can take the rental car across the border.

The route has tolls and the travel time is about 40 min (but depends on the traffic).