Getting from Stockholm to Helsinki 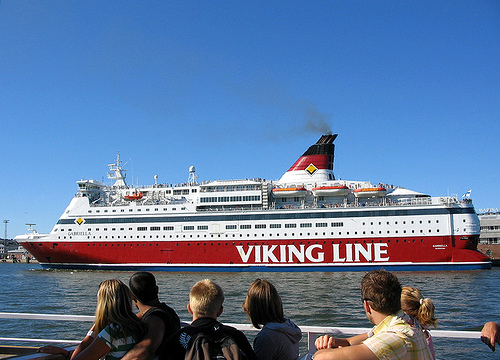 Scandinavia is a superb area in Northern Europe, offering plenty of things to do. Many travelers prefer to visit all of the Scandinavian countries during a single trip, which means there’s the need to find the best rates for getting between the cities (and mostly between the capitals).

Stockholm is the capital of Sweden, a picturesque city located on 14 islands and offering plenty of things to do, whether you look for history, nature, nightlife or shopping.

Helsinki is the capital of Finland, rebuilt by the Russians along the lines of a miniature St. Petersburg. It still has a small town feel but it’s actually an international metropolis. The best time to visit is during summer. Don’t miss visiting the Suomenlinna Fortress, the “Gibraltar of the North”, which used to be one of the greatest sea fortresses in the Baltic Sea.

The only viable options for traveling between Stockholm and Helsinki are the ferries and the planes. Take into account the transfer fares (to/from the airports; to/from the ferry terminals) when you compare the fares. Overall, a deck seat in the summer might be the cheapest option.

Helsinki is served by the modern Helsinki-Vantaa International Airport (HEL), which handles both domestic and international travel. It is located 20 km from the capital, to which it’s connected by buses and taxis. The airport is hub for many airlines including: Air Finland, Blue1, Finnair, Flybe Nordic, Norwegian Air Shuttle and TUIfly Nordic.

Stockholm is served by four airports, but only two of them operate flights to/from Helsinki:

Trains and ferries from Stockholm to Helsinki

Just look at the map and you’ll see there are no direct train connections between the two cities. However, you can travel by ferry and train.

There are three possibilities to get by train and ferry between the two cities and all requite a stop along the way (in Turku satama). The travel time is between 13h and 14 h. They are listed by Obb Scotty , but tickets cannot be purchased online.

Buses from Stockholm to Helsinki

Buses aren’t a viable option either. There would be a possibility to mix train and bus, going via Luleå or Boden, then to Haparanda or Kemi, before continuing further to Helsinki. Still, unless you want to see more of the country, the travel times are long and it’s not a good option.

There’s the possibility to take the ferry between the two cities. Viking Line operates a direct ferry every day between Stockholm and Helsinki. It departs Stockholm at 4:45 p.m. and Helsinki at 5:30 p.m. every day. The travel time is 16 h and 15 min.

During the cold time of the year (September to May) you need to book both a passenger ticket and cabin. The passenger fare is €40 one way for travel between Saturday and Thursday and €70 for travel on Friday. The economy cabin is €21 one way per person from Saturday to Thursday and €48 on Friday.

Driving from Stockholm to Helsinki

You can rent a car and travel by road and ferry between Stockholm and Helsinki. There are two routes, one through Sweden, the Åland Islands (Finland) and Finland mainland; and the other through Sweden , Estonia and Finland. In either case you’ll be traveling through countries which are part of the Schengen area, so you won’t pay any surcharges when you rent the car; however, make sure to let the car rental agency know which countries you plan to cross and ask whether it’s possible to do that.

Both routes take about the same time and involve ferry crossings and toll roads. Viking Lines operates ferries between Helsinki and Stockholm. During summer the price for crossing with a car is €74 one way (€45 the rest of the year). Add the passenger fare and cabin fare to the car price, too. Packages for car and 2-4 adults are also available. The ferry departs Helsinki once a day, at 5:30 p.m. and arrives in Stockholm at 9:45 a.m.; on the way back, catch the ferry from Stockholm at 4:45 p.m. every day.