Getting from Buenos Aires to Cordoba 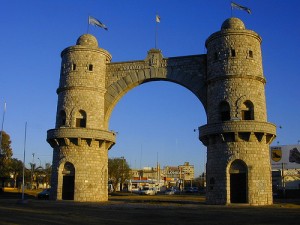 Cordoba is the second largest city in Argentina, known for the colonial architecture and the lovely hills surrounding the city. It is located in the heart of the Pampas and has a lovely nightlife thanks to the students attending its universities.

Because Cordoba is located in the center of Argentina, getting here from any Argentine city is really easy.

The cheapest way to get from Buenos Aires to Cordoba is by train but you’ll be spending quite a bit of time traveling. Another good options is to take the overnight bus between the two cities (about twice as expensive as the train ticket). Flying is the fastest option but the fares are expensive.

Aeroparque Jorge Newbery (AEP) is the second airport serving the capital and this is where you’ll most likely need to get to if you plan to fly domestically. The airport is located just 2 km from the city center.

Ingeniero Aeronáutico Ambrosio L.V. Taravella International Airport (COR), commonly known as Pajas Blancas is located about 9 km from Cordoba’s city center. It is the third largest airport in the country.

Flights between Cordona and Buenos Aires are operated by: Aerochaco (Aeroparque), Aerolíneas Argentinas (Aeroparque and Ezeiza), Austral Líneas Aéreas (Aeroparque) and LAN Argentina (Aeroparque). The flight time is 1h 20 min. In mid-July 2012, expect to pay from US$182 one way on Aerolíneas Argentinas if you fly from Ezeiza. Flying from Aeroparque is slightly more expensive (from US$186 one way on LAN). A return flight in July 2012 will set you back from US$354 on LAN. The airfare doesn’t vary too much during the year.

Trains from Buenos Aires to Cordoba

Cordoba used to be a very important railway center in Argentina but nowadays there’s only one rail connection left: the line to Buenos Aires. The train runs two times a week and the travel time is about 16 h. A single ticket costs US$25. The slow speed is compensated by good dining options and sleeping cars.

Buses from Buenos Aires to Cordoba

The bus is now the most popular option for traveling between within Argentina. There are many companies operating buses between the two cities and the cheapest single ticket is AR$ 250 / US$57. The travel time is about 11 h and there are more than 20 departures per day. You can check the schedule here .

Driving from Buenos Aires to Cordoba

You can rent a car in Buenos Aires and drive the 700 km to Cordoba. The total drive time is about 7 ½ h but you should consider making some stops along the way. Please note that you’ll be driving on toll roads.