Getting from London to Birmingham 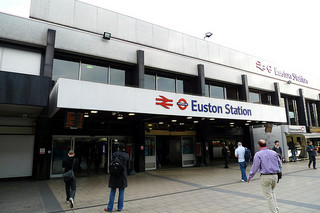 London is a major European transportation hub and , especially if you fly from other continents than Europe, your first encounter with the UK will be London’s Heathrow airport. And even if you fly from Europe, you might find better deals for flights into one of London’s airport rather than flying directly into Birmingham . So, chances are you’ll need to travel between the two cities.

London and Birmingham are just 118 miles away, so there is no reason to fly between the two cities. So, you are left with traveling overland: by train, bus or car.

Prices are similar whether you choose the bus or the train. However, the trains travel faster than buses. Most trains run between London Euston station and Birmingham New Street Station.

Trains from London to Birmingham

There are trains departing every 15 to 30 min between the two cities, with most departures from London Euston station. You can purchase the ticket online and pay as little as £6 per person, one way. The travel time is between 1 ½ h and 2 h, depending on the train.

Details , schedules and prices can be found here .

Buses from London to Birmingham

All intercity buses arrive at Birmingham Coach Station, which is located close to the city center. Serving to London is very frequent and you can choose between two companies:

Driving from London to Birmingham

You can rent a car in London and drive the 118 miles to Birmingham via M1 and M6. It should take about 2 hours, but it does depend on the traffic.