Getting from Bristol to Bath 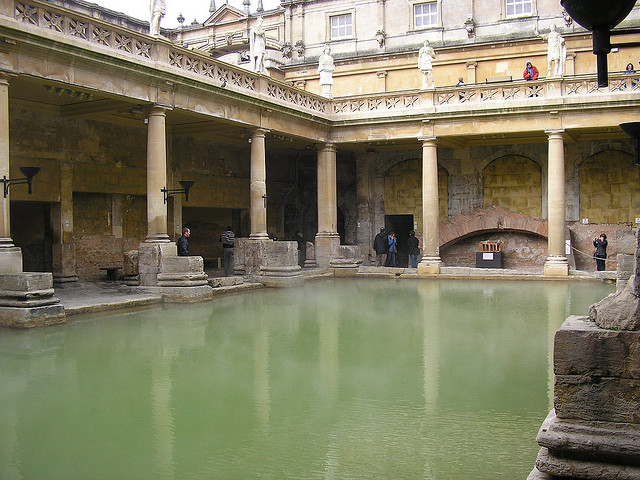 Bristol, located just 15 miles / 25 km from Bristol , is a historic Roman and Georgian spa city, well known for its hot springs. It is a UNESCO Heritage Site which offers a lot of things to do and see.

Bath is the oldest important tourist destination in England. The hot springs were sacred to the Celtic goddess Sulis, which later became Minerva for the Romans. During Roman times, a vast spa complex was built here. But it wasn’t until the 18th century that the spas were rediscovered. However, the city still has plenty of buildings dating from the Medieval times, when it was prosperous. Unfortunately, the city was badly damaged during World War II but was later reconstructed.

The closest airport to Bath is Bristol International Airport (BRS), which is served by two major low-cost carriers: EasyJet and Ryanair. The airport handles domestic traffic as well as traffic to/from European cities and Mexico. The best alternative is to fly into one of London’s major airports and travel by train, bus or car to Bath.

The cheapest option to get between Bristol and Bath is the bus, but the fastest (and not much more expensive) is the train. However, there are only 2 buses per day, while the trains leave either city every 20 minutes.

Trains from Bristol to Bath 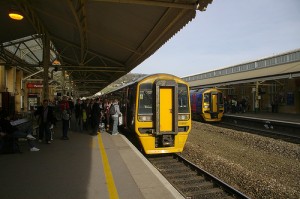 Bath Spa is a new rail station, recently opened to serve the city of Bath. It is located right in the city center.

National Rail lists all trains between Bristol Temple Meads and Bath Spa. There are departures about every 20 minutes on a daily basis. The travel time is about 12 min and the single fare is £6.60.

Buses from Bristol to Bath

Bath got a modern bus station in 2009 , which is located right near the train station. National Express operates a handful of buses (2 per day) between Bristol Coach Station and Bath Spa. The fastest one takes 45 min and the single fare is £4.40, regardless of the time of departure. Note that buses leave Bristol at 4:15 p.m. and 6:35 p.m. On the way back, catch the morning buses to Bristol.

Driving from Bristol to Bath

You can rent a car in Bristol and drive the 13 miles on A4 to get to Bath. Technically it takes about ½ h, but the driving time definitely depends on the traffic.