England Preparing for the World Cup 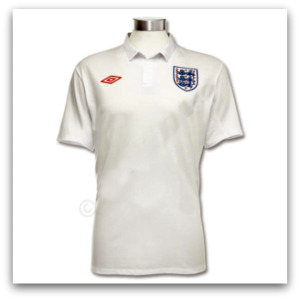 Much of the English sporting world is abuzz with the countdown to World Cup 2010 – and with good reason. After not making it into the last Euros tournament and a pretty dismal track record so far when it comes to World Cups, this year I don’t think the English squad would surprise anyone if they took home the trophy (or at least made it to the final). The Italophile in me would like to credit Fabio Capello with much of the success, but in reality the team this year is pretty outstanding no matter who the manager is.

The two BootsnAll staffers who will be in South Africa for the World Cup this year aren’t England fans – one’s Scottish (so you can see the problem there) and the other’s an Aussie. But I have no doubt that they’ll be surrounded by crowds of England supporters at many of the World Cup venues – because on top of being a football-mad nation, England also produces some pretty intrepid travelers.

If you’ll be making your way from England to South Africa come June, I dearly hope you’ve already got your travel needs sorted – because with every day that passes the opportunities for deals get fewer and farther between. Still, if you’re a master procrastinator, don’t miss these tips on finding World Cup travel deals from Europe – they may help you save a few quid on your flight (which could mean a few extra beers in South Africa, either to celebrate a victory or mourn a loss).

If you’ll be visiting England during the World Cup, I’d suggest that even if you’re not a huge fan of footy that you check the schedule of games to find out when England is playing. Then, on game day, secure a spot in a cozy pub and watch the game with a crowd of English supporters cheering their team on from afar. It’s almost like being there. Only, perhaps, without the vuvuzelas.

And whether you’re making the trip to South Africa or will be watching the games on TV back in England, you’ll need to be properly outfitted lest anyone think you’re cheering for another country or (heaven forbid) just not paying attention to the tournament. You may be able to pick up a cheap knock-off jersey on the streets of London, but it may also fall apart after one washing. Instead, get an England 2010 World Cup jersey that will last – and that shows your true Three Lions pride. And, if you’re really geeking out on the games, don’t forget to get the new England away kit, too!