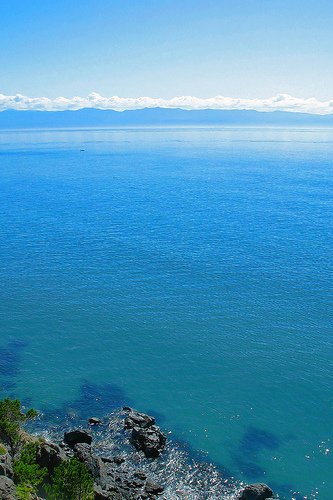 The long, narrow strip of land that makes up Dugi Otok is one of the most pristine islands in Croatia. Located off of the beaten path and far from the tourist hang outs, Dugi Otok allows you to relax in a natural setting, hike through olive trees, or even lounge on one of the rare sand beaches in Croatia.

The island’s relative isolation makes it a popular destination for couples and lovers to take a stroll and get lost in the natural surroundings. But, if your group calls for a more organized adventure, Dugi Otok makes up part of Kornati National Park, where you can tour the geologic and natural wonders that make up the attractions of the park on the south east side of the island.

Also, the Telascica Natural Park is a popular destination, with a 2 km salt-water pool full of balmy lukewarm water and dramatic white cliffs that separate the salt water pool from the ocean and plunge into the ocean on the other side. Telascica is much more difficult to access than Kornati, the best way to visit this park is to anchor your boat in the sea and come in to shore on your own.

The most popular family destination on Dugi Otok is Saharun, a white sand beach where kids can play and build sand castles that will not be destroyed by the encroaching tide.

The villages of Brbinj and Sali are home to most of the residents of Dugi Otok and it is at Brbinj that the ferry from Zadar arrives after an hour and a half trip from the mainland. The ferry ride twists around and in between other smaller islands and if it weren’t for those obstacles to a route as the crow flies, the ferry ride from Zadar might take less than half of the 90 minutes it takes now. But that is the sacrifice you must make to visit this archipelago.