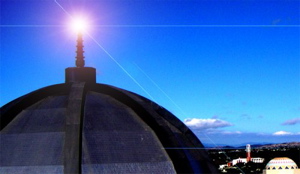 Costa Mesa is a suburban city in Orange County located halfway between several popular beaches and Disneyland. The middle class community has been settled throughout most of American history but exploded in population after local families training for deployment in World War II lived in Costa Mesa while they trained at the Santa Ana Army Air Base.

South Coast Plaza Shopping Center generates almost 1 billion dollars at its 322 stores each year. Although not the largest mall in the U.S. the stores generate more money than any other shopping center in the country. Stores draw clientele from all over Orange County to shop at its upscale and ultra-luxury boutiques and many stores report that their South Coast Plaza locations make more money than any other location around the world.

The city of Costa Mesa literally makes up the middle area between Disneyland and the beach. Like the rest of Orange County, it consists lots of shopping centers and chain restaurants but it is also the best place to find cheap accommodation away from the inflated prices of the beach and out of the Disneyland bubble that fills Anaheim with theme park addled families recovering from their adrenaline rushes.

Costa Mesa is a perfect place to stay if you’re looking for more variety out of your Los Angeles vacation than spending all of your time just at the beach or Disneyland. Costa Mesa is not oriented just for tourists or streamlined so that you spend all of your time spending money in an amusement park. It’s a place to stay for those who want to see a little more of Los Angeles and spend some time taking in the sights around the rest of the city after they can no longer handle the roller coasters or the waves for the fourth day in a row.