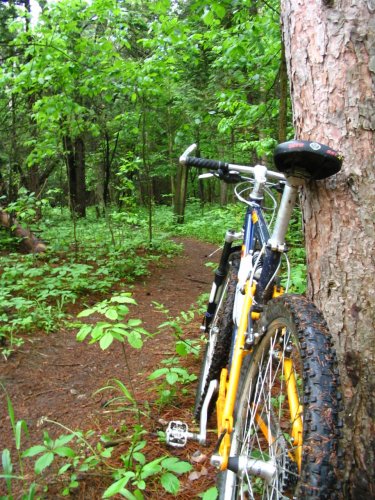 Popular wisdom says that Croatia has the makings of a world-class bicycle touring destination. Tours of Croatia by bike are popular and plentiful. The beautiful views, sunny weather that’s not oppressively hot, and plentiful lodging along the way do indeed make biking through the country one of the more relaxing and enjoyable touring experiences you can have. You don’t need to do any excessive planning or preparation, and, unless you head away from the coast, you shouldn’t encounter any leg-killing mountains, so long as you have a reasonable level of fitness under your belt.

On the downside, the roads in Croatia often lack shoulders and passing buses have to pass rather close to you in order to avoid plowing through the opposing traffic. If you choose to ride in the road like a car and not let buses and cars around you until they have an opportunity to pass, like they would a car, you’ll most likely create a lot of enemies on the road as traffic backs up behind you.

One of the best things about biking in Croatia is the abundance of lodging. Bicyclists can stay in campgrounds along the coast, which are many, or find available rooms for rent in the towns by stopping at the information stands usually located on the outskirts of town. Unfortunately, camping is restricted to the campgrounds, throwing a tent on the side of the road will probably find you paying a fine if you are caught.

As one of the up and coming activities in Croatia, off-road mountain biking is really taking off in Croatia. Trails on islands and through several of the national parks in the northern areas have earned the country the first inkling of a positive reputation as a mountain biking destination and new efforts by the International Mountain Biking Association (IMBA) to build trails through the Istrian Peninsula will no doubt boost the reputation of the burgeoning industry.

The best places to mountain bike in Croatia are the national parks. The gnarliest trails and biggest climbs and descents can be found near Medvednica mountain outside Zagreb. The islands also provide good places to ride, although the terrain is somewhat less varied and the possibility of riding through the trees is severely limited.

One of the biggest shortcomings of bicycling in Croatia is the lack of bike shops. Although lodging is plentiful, touring riders and mountain bikers alike complain of a shortage of shops and a dearth of quality parts to be had when they need to replace something on their bike.