Airfare to Europe may be on the rise 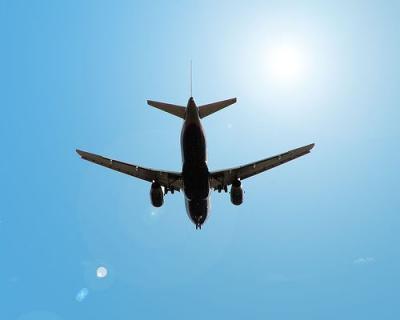 It’s certainly been no secret that the down economy has been hard on airlines, and with fewer people shelling out cash to travel in the recession, airfares to just about everywhere have been incredibly low lately. This has meant for some uncommonly low summer fares to Europe especially. In fact, fares were down as much as 50% earlier this summer, and several flash fare sales and special promotions made getting to the other side of the pond a whole lot cheaper than it was just one year ago.

For those waiting for fares to continue to drop, you may just be out of luck, however. With oil prices creeping back up (though it’s still cheaper than it was last summer), some airlines may be increasing fuel surcharges to make up for the cost of more expensive jet fuel. USA Today reported that Lufthansa (which operates many flights from the U.S. to European cities) and a few other international carriers have already increased their fuel surcharges for domestic and international routes—a move that has many industry insiders wondering how long until many U.S. Airlines follow suit on all their flights.

In fact, many U.S, Airlines have already been forces to bump fuel surcharges on some of their international routes, meaning your ticket to London could already cost more now than it did last week. However, with the airlines still battling against a struggling economy and many travelers choosing “staycations” (god, I will never stop hating that word or concept), there are still plenty of good deals and cheap fares out there for those budget travelers hoping to make it to Europe this year.

The good news is also that while your flight to Europe may cost you a little more than it would have if you booked a few months ago, discount airlines like Ryanair and EasyJet make getting cheap flights in Europe a total breeze. For just a few Euros you can country hop across Europe.

If you are planning on doing UK & Europe travel on a tight budget this year, there are plenty of ways to save money on the road. Luckily, the many great Europe hostels mean that it is easy to find a cheap place to sleep.

While I am a big fan of train travel in Europe, taking the train isn’t always the most economical decision when traveling around Europe. In fact, with so many Europe cheap tickets out there on flights from the UK to France, Italy and Spain, the hassle of heading to the airport and taking a plane might be well worth the trouble (especially when you have extra euros in your pocket to spend on your travels).

If you aren’t so much the hosteling type and would rather spend your nights in a hotel rather than a hostel, the suffering economy has meant there are also a ton of great deals to be found on hotels around the UK and Europe. The New York Times Travel section reported that the Marriott is offering free nights at its 300 hotels across the globe. While those travelers headed to Hawaii, the Caribbean or Thailand get a fifth night free, many of the Marriott’s London hotels are offering up a free night mid-week.