Germany is quite diverse. The traditional and the modern mix in many ways. Shining cities often snuggle against medieval castles. Each of these trips in the south of the country is designed to be a relaxing week long and is based around day trips from a central city. Though of course you can go to more or fewer day trips and adjust the length to your schedule. These are more for getting deeper into an area and not packing in sights. A night train or quick flight from one to another also lets you string a couple together if you have more time.

There are train connections to the day trip suggestions in less than 2 hours each way from the main city. If you stay on the regional trains (RE, RB) there are tickets called Länder Tickets that let you travel on the slow trains inside of the state you are staying in for a day. These can be cheaper than directly buying tickets, especially if you are traveling with several people. Also check with the public transport office of your base city, often there are tickets that work just in that region and could be even cheaper.

This is just a sampling of possible daytrips and activities around each base city. Definitely look for local festivals in nearby towns not mentioned. Due to the great public transport system, Germany is a great country for day tripping and exploring cities. 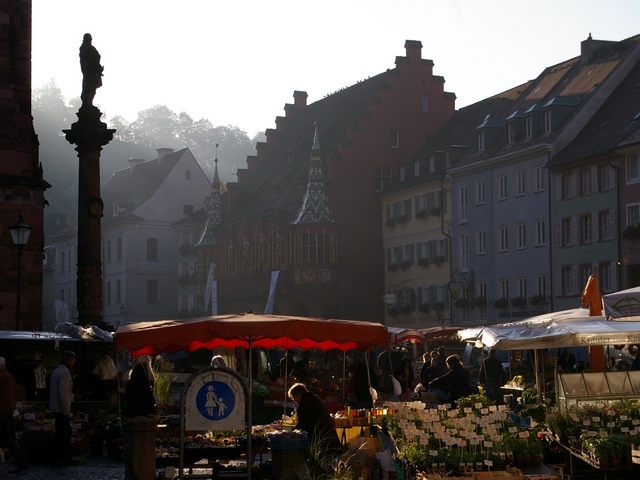 Freiburg is the gateway to the Black Forest and in the sunniest corner of Germany. The town is home to a university which keeps the city young and happening for the out of the way city. Bicycles rule the roads and an excellent public transport system lets you get up into the forest for some hiking or to any of several nearby spa towns. This region has been known as a spa resort area since the Roman towns.

Quick search for hotels in Freiburg:

Getting Here: Frankfurt airport is 2 hours on the ICE train and there is a bus from Basel-Mulhouse Airport that takes about an hour to Freiburg.

Baden-Baden : A Roman era spa town which still has modern spa houses, one of which is built above roman ruins. Once also a playground for the Parisian elite, this town retains its resort roots but is a pleasant place to stroll and relax. Bad Krozingen and Badenweiler are also nearby spa towns south of Freiburg if that s your thing.

Titisee & Schluchsee : These are two lakes up in the Black Forest. Titisee is more touristy while Schluchsee is bigger and more outdoorsy with its walking tracks. Good places to start hiking tracks or just get out of the town into the cool fresh mountain air.

Breisach : On the Rhein River looking out over France, there has been a human settlement here for thousands of years. A rebuilt cathedral stands on the promontory.

Outdoor Activities: Both the hills of the Black Forest and the wine growing dormant volcano of the Kaiserstuhl are popular hiking and biking areas.

France (Colmar and Strasbourg) and Switzerland are also within easy reach. 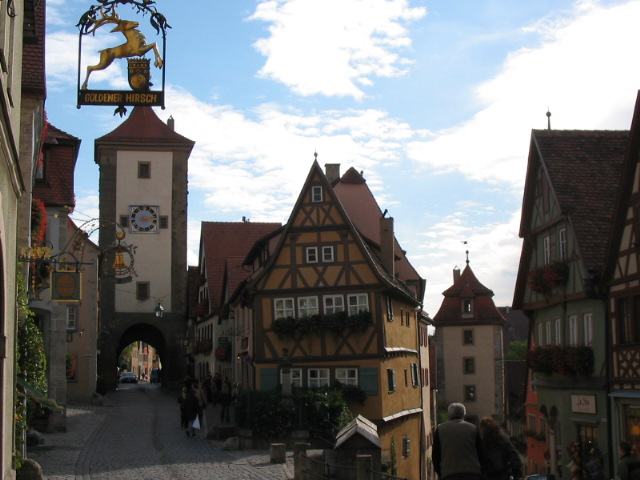 Nürnberg is a large city north of Munich. The most famous Christmas Market is here. The town is watched by a castle on a hill and straddles a river. This part of Bavaria is called Franconia and home to many towns with medieval and Gothic features.

Quick search for hotels in Nürnberg:

Getting Here: Although Nürnberg does have its own airport, it is small, so Munich is the larger airport of choice nearby.

Rothenburg ob der Tauber : A medieval village, Rothenburg is part of the Romantic Road. The town retains its almost cutesy look and is a popular tourist spot.

Nördlingen : One of the few towns (Rothenburg being another) in Germany to retain its full city wall.

Bamberg : A university town as well as a town of beer. Worth a day to walk the hills, see the many churches and gawk at the town hall built in the middle of the river.

Amberg and larger Regensberg lie to the east and south-east respectively. Both have Gothic features such as churches, town halls and bridges. 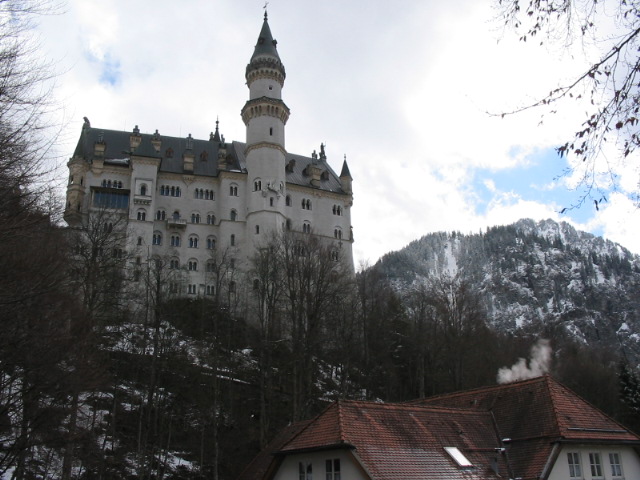 Munich is one of the most well known city in Germany and likely what most Americans are expecting when they picture Germany. There really is enough to do in Munich itself to spend a few days doing that, but there are plenty of nearby places that are interesting as well.

Quick search for hotels in Munich:

Getting Here: Munich has its own airport that is fairly well connected.

Füssen – Castle Neuschwannstein is world famous. Füssen is just over 2 hours south on the edge of the Alps and only a few miles from the castle. Avoid the tour busses if you have time and some hiking abilities. The less famous yellow Castle Hohenschwangau is just down the hill from its neighbor and not on most tour agendas.

Garmisch-Partenkirchen – Site of the 1936 Winter Olympics, this is your alpine day trip from Munich. The tallest mountain in Germany (Zugspitze) is also nearby. As expected, there are plenty of hiking trails around.

Dachau – Very close to Munich, a concentration camp with museum to experience some of Germany’s sad history.

Ulm – The tallest church spire in Germany is in Ulm, and is also the birthplace of Albert Einstein. The main part of Ulm is actually in Baden-Würtemberg not in Bavaria, so ask about tickets before you rely on the Länder tickets.

In addition, the day trips to Nördlingen and Regensberg (from Nürnberg above) are also easily reachable from Munich.

all photos by Andrew Couch & may not be used without permission